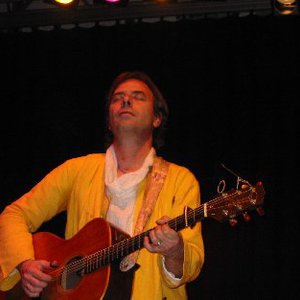 Composer, producer, guitarist Ralf Illenberger's experience spans a varied and successful thirty-year career that includes hits in Europe and the US, sales of over 400,000 CDs, and performances in more than 50 countries. He has produced 16 albums of his own compositions that resulted in three US top ten singles on the Narada label, and five hit albums in Europe. He has received a US Grammy nomination as well as the German Record Awards nomination (German ?Grammy' equivalent).

He has produced 16 albums of his own compositions that resulted in three US top ten singles on the Narada label, and five hit albums in Europe. He has received a US Grammy nomination as well as the German Record Awards nomination (German ?Grammy' equivalent).

Illenberger has received many other prestigious awards for his productions and extraordinary musicianship throughout his long career. A well-known, and highly acclaimed, guitarist, he has played on compositions of many famous musicians who have reciprocated on his works.

Illenberger is known for his extremely dynamic instrumental music that is both accessible and experimental. His orchestral acoustic guitar-stylings create a unique woven tapestry that places him in the category of guitarists whose sound and technical mastery form a recognizable individual genre. His accessible instrumental guitar music borrows from classical, jazz, folk, blues, world, and ancient traditions. A talented musician and composer, Illenberger writes, produces, arranges and records his own material and well as other artists.

Illenberger has also produced numerous songs for many high-selling and award winning compilation CDs and has produced full length albums for more than 30 artists as well. A music engineer for thirty years, Illenberger has engineered over 40 full-length albums and countless individual songs.

Illenberger's recent project, a full length CD called Beyond Words will be released this year. "Word seems to have somehow spread on this album on a grassroots level, even though it hasn't been released yet", Illenberger said. "People such as Gloria Steinem, Alice Walker, Eve Ensler, Deepak Chopra, and Barbara Marx Hubbard have contacted us with congratulations, saying it is their new favorite music. We just didn't expect that response yet--its very encouraging.?

Born in Stuttgart Germany, Ralf Illenberger started to perform in 1977. His first album Waves (with fellow Guitarist Martin Kolbe) was released in 1978 and was nominated for the German Record Awards. Critics called them, ?The Best German Guitar Duo.?

Illenberger released seven European recordings during the next nine years, exploring styles that ranged from new-classical to avant-garde to progressive jazz. Through Germany's Goethe Institute, Illenberger, and Kolbe played more than a thousand concerts during the '80's in over forty countries throughout Europe, the Middle East, Africa, and Asia.

In 1987, he formed the band Circle. Their eponymous album was released by Nardad in 1988 and was a top-10, year-end pick in Pulse! magazine. Circle's follow up album was Heart & Beat (1990). Its title song became a major radio hit and captured the No. 1 spot on three major airplay charts: R&R's NAC, Gavin's Adult Alternative and MAC's PAC. The album held R & R's No.1 NAD spot for four consecutive weeks.

In 1993, Soleil received four stars in Downbeat. Some other accolades include: "One of 1993's masterworks on guitar." ?Gavin, "One of the best examples of the New Age genre." ?Chicago Tribune


In 1994 Illenberger released a collaboration with multi instrumentalist Buedi Siebert. SERENADE is a beautiful and quiet album

Since 1991, Illenberger has worked closely with former Paul Winter singer, Susan Osborn?touring Japan five times and recording several albums with her (Susan Osborn won the Japanese Granny in 1992 and is currently on the Pony Canyon label). Illenberger arranged music on her recent release The Pearl, which they performed live on Japanese TV in 1996.

Since 1995, Ralf has been working in his studio in Sedona, Arizona.

There he recorded Sedona and Still Waters (with David Friesen), which was voted ?audiophile recording of the month? by Stereoplay magazine in May 1997. With The Gateway, Illenberger has created a timeless masterpiece, crafted like a magnificent landscape.

In 1999 Illenberger released ?THE KISS?- an over 40 minute long musical journey in one long song ? already a ?classic?.


In the fall of 2003, Ralf produced the CD ?Whack Tracks with Craig Ramsell for the Boomwhacker Company. Boomwhackers are colorful percussion tubes made of plastic and are tuned by length to musical notes.


2004
On his CD EMERGE, Master player Ralf Illenberger shows his wide range of musical expressions with the acoustic guitar. Richly orchestrated tunes with haunting melodies, intricate rhythms and unusual sounds, ?Emerge? is a unique musical experience. Illenberger gets support from Buedi Siebert on saxes, flutes, clarinet and marimbas and from Zirque Bonner on acoustic and electric bass.

In 2oo5 Ralf Illenberger started working with female singer Lenedra Carroll. Lenedra worked with her daughter Jewel for 10 years as her manager and is also a successful writer.

Their CD ?Beyond Words? is a wonderfully crafted collection of songs which were composed during the recording ? Lenedra vocalizes in unknown ?languages? with the haunting music of Ralf Illenbergers guitar arrangements.

In 2006 Ralf Illenberger worked as a producer and arranger in his Sedona Thunder Mountain Studio for two new young artists:
KIANA is a powerhouse singer from Hawaii and she writes very catchy pop songs. Check it out!
SIMON SPIRE is a young talent from New Zealand; his just finished CD ?All or Nothing? is a collection of original Rock/Pop songs, very unique.

"Since I've been living in the Sedona Red Rock region my relationship to Nature and Spirit has become more important. I am very interested to explore more and more the magical and mystical side of music, the technical aspects are secondary, music has the ability to be a gateway to other worlds, I want to create music that appeals not only to the ear, but also mostly to the heart and soul.