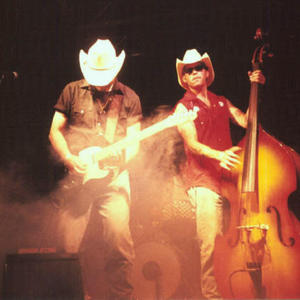 Formed in 2000 by Jim Dalton (vocals, guitar) and Tyson Murray (upright bass), the Railbenders took a mutual love of Johnny Cash, Waylon, Hank Williams, rock 'n' roll, punk, whiskey, and threw it all together to create their own sound. Powered by the steady rollin' drums of Graham Haworth and the blazing guitar picking of Tony Nascar ("The Fastest Guitar in the West"), the band has garnered local awards, including ?Top Country Band? by the Rocky Mountain News (2004 & 2005), and ?Best Country/Roots Band? five years in a row (2002 to 2006) in the annual Westword Music Showcase.