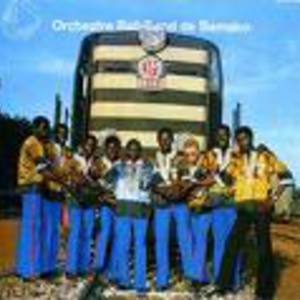 The Rail Band or Rail Band is one of the most popular musical groups in the history of Malian music; the band was later known as Super Rail Band, Bamako Rail Band or, most comprehensively and formally, Super Rail Band of the Buffet Hotel de la Gare, Bamako. It was founded in 1970, sponsored by the Ministry of Information and the railway administration; the Malian government had, since the 1960s, been sponsoring cultural events and groups to promote national traditions, and The Rail Band was among those programs.

The band performed regularly at the Buffet Bar at the Station Hotel in Bamako, performing Manding music. The band performs traditional-style music, using kora and balafon with Islamic-style vocals and elements of Latin music, in the Bambara language.

The Rail Band's lead singer at its inception was Salif Keita, and the group soon became a training ground for many of Mali's most popular performers, like singer Mory Kant&eacute; and guitarist Kante Manfila. Guitarist Djelimady Tounkara has been a member of the band for most of its history.