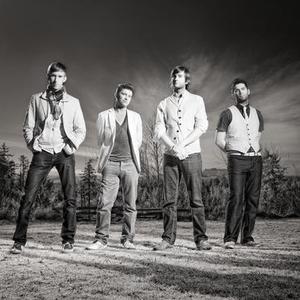 Currently amassing critical and popular devotion with three masterful EPs, a hugely successful annual Christmas concert and a television show about their musical adventures in Singapore, the Winnipeg pop/rock band Quinzy is poised for a major breakthrough. So exactly who are these dashing young men? They are two sets of brothers, who are also cousins, making pop/rock from a time when those genres actually meant something.

They are passionate and skilled performers, whose live shows brim with
rock and roll bombast, lush pop harmonies and clever charisma.

They are the creators and keepers of a diverse and rich catalogue of
songs which emphasize sharp, polished hooks, clever arrangement and
colourful, challenging, sometimes teasingly enigmatic lyrics.

They are four true gentlemen, lashed together by familial bonds,
living in the vast expanse between the mainstream and the alternative,
handing out hot meals to the starving populace.

But, most of all, they are cute boys with nice haircuts.