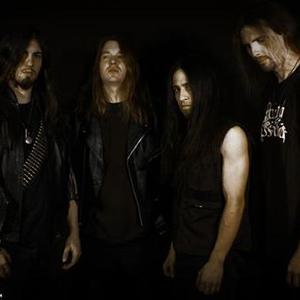 Quinta Essentia started in 2004 and released its debut full length album in 2006 which was "Neutrality For Defined Chaos". With this album they broke out while a different sound at the time that bridged the styles of Black Metal with dark progressive metal and some thrash undertones. The sheer span of sounds on a Quinta Essentia albums to date have shown influence of traditional heavy metal, black, death, doom, classical and psychedelic music. The message of Quinta Essentia is half of the appeal because of its focus on the apocalypse, humanity, the occult and esoteric, and philosophy.

The band did many shows live with other bands such as, Vital Remains, Immolation, Monstrosity, and Hallows Eve just to name a few . The bands 2nd full-length album which saw in store distribution through Deathgasm Records and Ibex Moon Records was titled "Archetypal Transformation". This record was a definite step in moving up on a technical level and in production. The songs have quite a bit to them with many harmonies, solos, and parts to each song. Album artwork painted by Spanish artist Juanjo Castellano. After the release of the 2nd album the band saw their first month long tour with no other support acts from coast to coast playing with different bands in each city. Since then Quinta Essentia has toured North America twice with old school Swedish Death Metallers Nominon. While touring Quinta shared the stage with many different bands such as Diabolic, Acheron, and Incantation. Currently, the band is writing the third album which is expected to hit the metal masses in mid 2011!