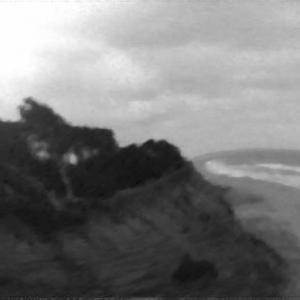 QUETZALCOATL was formed in late 2009 by Kythirius with one objective in mind, to create something that has never been heard before. Kythirius has always been a fan of heavy metal, which is the sonic equivalent of war and a statement of pure individualism, or so everyone says. As Kythirius got more and more into it, he became more and more disgusted by the fact that many heavy metal bands say that they are individuals, but wear the same pentagrams and growl in the same fashion.

What used to be a statement of individualism back in the early days of Black Sabbath and Blue Cheer has turned into a bunch of tossers trying to shock the masses by saying and doing outlandish things. They do this so that people will be too shocked to realize that they have little or no depth musically. QUETZALCOATL was formed to bring individualism back to the forefront where it belongs. As the axiom goes; if you want something done right, do it yourself.
Kythirius then looked to drone bands like Earth and Sunn O))) and was absolutely mystified. These two bands with their monolithic vibrations taught Kythirius that anything is possible and to experiment always and without inhibition. Sunn O))) and Earth took Kythirius to another plane of existence, one with barren fields and crystal clear valleys. It was then that Kythirius knew he was going to play drone metal, where there are no borders or boundaries. He began working with keyboards and bass with no formal training and just let the vibrations flow and sedate him. That is the musical goal of QUETZALCOATL, sedation. Each QUETZALCOATL song has a low toned bass riff and a harp rhythm that repeats itself continuously, allowing the listener to simply space out.
QUETZALCOATL has many intellectual elements to it as well. Kythirius is a pseudonym taken from the island of Kythira, which is the birthplace of the goddess of love, Aphrodite. The pseudonym was created again in response to the trends of metal, which uses pseudonyms only as a means of ?shock and awe:?/ Particularly in black metal, which is often times very beautiful and melodic, as with Xasthur and Burzum, pseudonyms are used to aid the musician in frightening the listener. Why else would they use names like Count Grishnackh, Gaahl, and Hellhammer? The name Kythirius was also made to aid the musician, but to aid the musician in sedating and hypnotizing the listener. The name also relates to Kythirius' obsession with Greek tragedies such as those by Sophocles and Aeschylus. The Greeks were the original creators of fantastical lands and powerful gods, so songs that bring people to fantastical lands should tip their hat to the Greeks, so to speak. The idea of Greek tragedy relates to the melancholic lyrics in the music.
The name QUETZALCOATL itself relates to the Aztec god of that name, who was the morning star and the sign of the apocalypse. With such pessimistic lyrics as those that go into the songs of QIETZALCOATL, what name would be more fitting? It also is a reference to Kythirius' belief that if one were to combine the rationality of the Greeks with the power and asceticism of the Aztecs, one would have a perfect society. Both of the names Kythirius and QUETZALCOATL reflect tragedy and misery, but also love and compassion. This is why the multicultural names were chosen.
There is also an element of Cynicism involved in the lyrics; Cynicism in the Greek sense of the term. The lyrics both condemn humanity for its foolishness, but also gives them words of hope/ The words of Diogenes the Cynic are particularly powerful to Kythirius, like when he told Alexander to ?stand further between him and the sun.? Our lyrics invoke the same sense of isolationism.