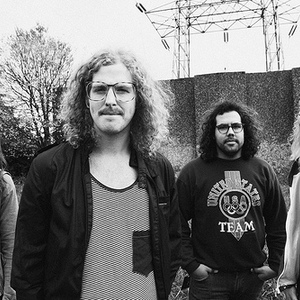 A four piece Indie Rock band out of Kansas City, Missouri. Gained popularity in early 2008 with the release of their 3 song 'Nightmarer' single. Local alternative radio station, 96.5 the buzz, got the single and took note of the band, playing them on their Sunday night series, "Homegrown Buzz", a local music showcase. Positive listener feedback on 96.5 the Buzz gave Queensclub a chance to play for a larger crowd when they opened for Say Anything at Kansas City Power & Light Districts Summer Concert Series.

Queensclub takes opportunities to interact with their fans by hanging out before and after shows, inviting concert goers to join them in dancing on stage during their set, and even making their practice and recording sessions available live to their fans via Stickam.com.

By their own description, they sound like, "A totally medieval dance party in Berlin, Germany where everybody wants you to dance with them to the new Bloc Party single."

Check out www.myspace.com/queensclubus for tour dates in your city!