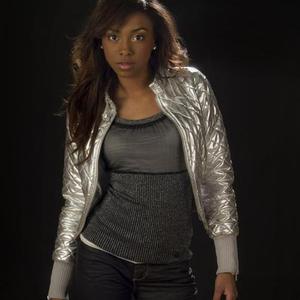 Quanteisha was born in Edmonton, Alberta Canada on June 11 of Jamaican and East Indian descent, she began singing around the time of her first word. Her singing genre includes Pop, R&B, and Reggae. Quanteisha's greatest influences are: Lauryn Hill, Michael Jackson, Aaliyah, Mariah Carey, Whitney Houston, Mary J. Blije, Sade, Alicia Keys, Notorious BIG and Tupac Shakur. By the age of 15, her first appearance as a singer was established when she performed at her high school's talent show.

By the age of 15, her first appearance as a singer was established when she performed at her high school's talent show. Pushed by her friends, choir teacher and fellow classmates, Quanteisha decided that if she wanted to pursue her dream to be a singer, she'd have to break out of her shell. Upon being informed by a close friend her mother Sarah insisted Quanteisha try out for a local talent search named the ?2008 Bounce Showdown? a musical talent search sponsored by The Bounce 91.7 FM radio station, on June 22, 2008 she was crowned winner.

Her single ?Covergirls,? written and produced by ?Hipjoint? productions was released to The Bounce radio station by late September. The catchy tune immediately spread across Canada as she was named CHUM emerging artist for October 2008.