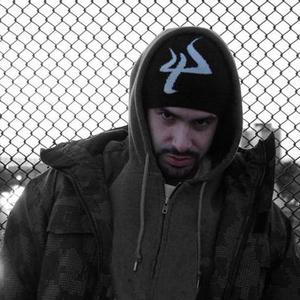 Anthony Quiles, better known by his stage name Q-Unique is an American rapper, record producer and a member of rap group Arsonists and street metal band StillWell. He also contributed vocals for dance/hip-hop group C+C Music Factory. Q-Unique's life experiences of hell on earth have formulated his words into a dark, abrasive and an aggressive sound with the feel of grime and filth from the streets.

Q-Unique's life experiences of hell on earth have formulated his words into a dark, abrasive and an aggressive sound with the feel of grime and filth from the streets. Interestingly enough, at the same time he has strategically manipulated them to feel as though you are in the presence of fine art. So blatant, and yet so well put together you can't help but be addicted to every line shot from his high caliber brain, leaving you captivated and yearning for more. Many have proclaimed him a savior through personal and rough times in their lives serving as a guide, a reflection, a best friend, a testament to live, all achieved through the content of his rhymes.

The Brooklyn born, Bronx raised entertainer has made something out of nothing. At an early age, his mother believed he was "destined for destruction", leaving him with an attitude that strengthened his music and his life. Going from a broken home to homelessness and having demons taunt him in his darkest hours he stayed focused and managed to rise out of the carnage and despair.

He became a front man and key producer for the world renowned group, The Arsonists. They were amongst the first to spearhead the wave of independent hip hop music in the early to mid nineties. The albums "As the World Burns" and "Date of Birth" sold hundreds of thousands of records worldwide, giving them national and international success. World tours, magazine covers, television appearances, for the Arsonists, they saw and conquered all. In addition, they were voted by Hip Hop Connection Magazine and the New York Times best live act, earning tour spots with The Roots, Public Enemy and KRS One. When the Arsonists dismantled, Q had to decide what his next venture would be. Long time friend Ill Bill of Non Phixion and CEO of Uncle Howie Records helped Q-Unique move into the spotlight as an individual artist. Finally the world got the chance to hear the real Q-Unique, exposing the demons of his past and his triumphs over them, with the release of Q's highly anticipated solo debut album "Vengeance Is Mine?, resulting in another Q-Unique masterpiece. The word play, the details, the passion behind every word all along with the production he brings, grabs you from the instant it hits your eardrums, he goes above and beyond the normal "rap music" standard.

The solo venture has given Q new opportunities to feature with other artists, like Pitbull on the new Tony Touch album ?Reggaetony?, to working with Feildy, member of the multi platinum group Korn on Q-Unique's new album, which is yet to be released. He has also recently produced for Raekwon, Ill Bill and for the La Coka Nostra project which features House of Pain. For the fans, he is going to drop some mix cd's while they wait for the release of the new album. In between all of this, Q is constantly on the road touring all over from Europe to North and South America showing love to his loyal fans, while awing people who have never seen him on stage before, further expanding the Q-Unique fan base. Q-Unique will continue to captivate us with his words on his way to the top, and he won't take no for an answer.