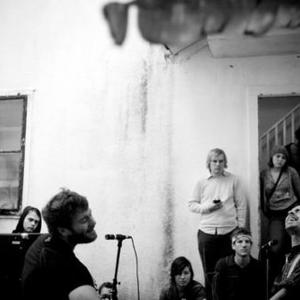 Pygmy Lush (sometimes spelled as one word) is a band from Sterling, Virginia. The band was formed by ex-pg. 99 members Mike and Chris Taylor and Johnny Ward. Other members include Mike Widman and David Krepinevich, and previous associated acts include City of Caterpillar, Majority Rule and Malady. In 2007, they released an album of previously and newly recorded material on Robotic Empire entitled Bitter River.

In 2007, they released an album of previously and newly recorded material on Robotic Empire entitled Bitter River. The songs alternate between two general styles, hardcore punk and acoustic folk, described by one reviewer as "ramshackle trashy punk rave-ups between beer-soaked bouts of twisted folk."

In June 2008, they released their second album, Mount Hope, which was recorded by Kurt Ballou of Godcity Studio and released on Lovitt Records. This album consisted entirely of quieter, folk style songs. Various reviewers described the album as a "metamorphosis" and that the band "has grown up and into a new sound, leaving hardcore behind" to describe the stylistic evolution of the band.

Their 2009 split LP with Turboslut is available on LP from Exotic Fever Records of Washington, DC.