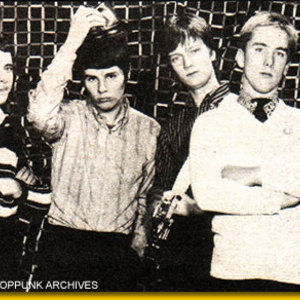 Purple Hearts were often considered one of the best British mod revival groups. The Story of mod revivalists the Purple Hearts begins in 1977 when teenagers Jeff Shadbolt, Simon Stebbing, Bob Manton, and Nicky Lake formed in Romford Essex as The Sockets in 1977 before they even knew how to play their instruments (taking a cue from the then-prevailing DIY aesthetics of the punk rock movement) for the sole purpose of getting a support slot at a Buzzcocks gig at the East London Ploytechic, to debut their tounge-in-cheek Rock Opera 'Reg'.

The amused audience took the amateurish teenage punks to heart and the group decided to soldier on, even after they had accomplished their original goal. Several gigs followed, including an appearance on a float in the Romford Carnival. In 1978, their drummer Nick Lake broke his leg and was replaced by Gary Sparks, the band switched their name to Purple Hearts, after an amphetamine-barbiturate mixture popular with the mods of 1960s. Accordingly, they changed their sound from the rough-edged punk rock which was already beginning to fall out of favour to a more mod-influenced sound, which, thanks largely to The Jam, was beginning to capture public attention.

Their biggest hit was their first single, 1979's "Millions Like Us", which peaked at #57 on the UK singles charts, mainly due to lack lustre marketing from their label, Fiction Records. They following year they issued their debut LP, Beat That!. But the mod revival craze of 1979 was rapidly dissipating and soon they were dropped from their label, precipitating an extended hiatus, with bassist "Just" Jeff Shadbolt joining "The Rage" with Buddy Ascott from The Chords. The 'Hearts' resurfaced to release more material in the mid-'80s to mass market indifference before breaking up permanently.