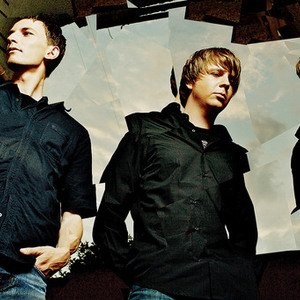 Punk TV defines its musical style as indie-tronica a mixture of air and movement with guitar riffs, solid rhythm, and occasional vocals. Their sound is soft, yet at the same time dynamic, with diffused chord structures and melodies of electronic romanticism. The band claims that it was a natural choice to write lyrics in English and not Russian. All band members grew up going to the same school in Novosibirsk.

Together they studied advanced English and were influenced by the foreign music like American indie-rock, Brit-pop and electronica. Punk TV was started in early 2004 by three friends and musicians from Siberia. Alex Kelman is the driving force behind the project, creating the electronic element for guitars, vocals, and other live instruments. Volodya Komarov is the front man and bassist on stage, and plays a majority of the live parts in the studio. Kostya Nikonov along with electronic drums creates the rhythm section of Punk TV. During three years of Punk TV s existence Russian press compared their sound with Muse, Sonic Youth and Joy Division. However, after performing live at several major Russian and European festivals the band was dubbed as Russian Chemical Brothers. Russian edition of Rolling Stone used words such as cool, fresh and driving, describing the effect of Punk TV s music.

Music For The Broken Keys