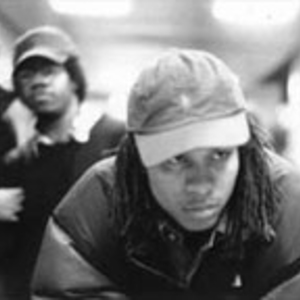 He is Pugs Atomz, a dedicated member of Chicagos extraordinary Hip Hop scene. Since the early 90s Pugs has been out and about Chi City as a fan , graffiti artist, battle rapper, freestyler, party thrower, promoter, Radio/TV personality and the list goes on. He came up the ranks in the traditional way, earning props from corner ciphers at places like The Point (south side gathering place for teenagers hungry for hip hop in the mid 90s) and Navy Pier.

1993 was the year he started a collective called the Nacrobats with far too many members to list but a legacy of artists making a name for themselves in their respected fields. With the strength of the collective, Five albums were made, numerous parties and battles were had and it pushed Pugs to take his music and art more serious. His first solo album was Thanks For Not Rhyming on Galapagos4 Records. It boasted production from the Molemen, Meatyogre, Polyphonic and others, receiving a warm response from the underground. The nineteen track album 24 Years Later followed, released on his own co-founded label Birthwrite Records with production handled by Yoda, PNS, Flesh O.N.E. and others. This album has taken Pugslee touring all over the United States, Germany, Paris, Amsterdam and London. Hip Hop Canada says Pugslee is most notoriously known for his clever wordplay and hungry delivery... [He] is the type of emcee you discover then slap yourself upside the head for sleeping on over the years... guaranteed to sooth the listeners ears. In the summer of 2004, Pugslee teamed up with Audio 8 Recordings to release his third album Playing With Matches, a tale of the trials and tribulations of a Chicago tagger in the 90s and featured appearances by Seel Fresh, Binkis Recs , DJ Intel, and commentary from some of Chicagos top graffiti artist. Currently He has just finished a compilation for Raptivism Records entitled Pugs Atomz presents CTA Radio Chi City Hip Hop. This cd is basically an exerpt of the Cta Radio show, he has been a part of every Wednesday night from 9-12am for the last six years. This is a definite must to any body digging the Chicago sound. Besides music, Mr. Atomz is an accomplished visual artist with work appearing in film/print media ("Light it up"), and also the host of Barbershop hip hop an internet and local tv show. (www.barbershophiphop.com)

Man of the People EP