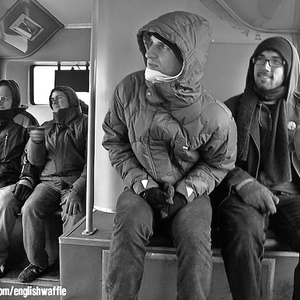 Psyopus is a mathcore band from Rochester, New York and is currently signed to Black Market Activities / Metal Blade. The band is noted for the unorthodox and extremely technical guitar techniques of Christopher Arp. In order to receive endorsement deals from various guitar and amp companies, Arp had to send a live video of him playing in order to prove that he could actually play that fast. The project was conceived during the fall of 2002.

The project was conceived during the fall of 2002. Beginning with the unorthodox guitar work of Christopher "Arpmandude" Arp, Rochester's regional winner of 2001's Limp Bizkit Guitarist Search and the only remaining original member. Rounding out the lineup presently are, Michael Horn on Bass, Jason Bauers on Drums and Brian Woodruff on vocals.

PsyOpus have found an intrinsic formula for sonically unyielding violence and insanity. Their music brings together bi-polar dynamics, radical arrangements, avant-garde instrumentation and a melting force of pure speed. PsyOpus have set out to destroy the molds of extreme metal with unprecedented attitude and conviction. Judge for yourself by means of their debut release "Ideas of Reference"(2004), then onto "Our Puzzling Encounters Considered"(2007), and their most recent "Odd Senses" (2009).