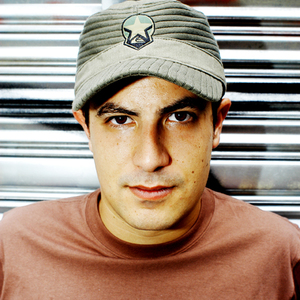 Protoculture is one of only a few South African producers to get the combination right and become a truly worldwide sensation. The Cape Town-based dj and producer went from headlining festivals on the local Psytrance scene each season, to living on international rotation and playing to audiences upwards of 150 000 people. His trademark melodic and uplifting sound has been played in all four corners of the globe, with gigs taking him to super clubs and incredible festivals in London, Tokyo, San Paulo, Moscow and everywhere in between.

As his rise took momentum and his gigs became more prolific, Protoculture shifted gear with ease; evolving his sound as, more often, he found himself billed alongside iconic dj's from the world of Trance.

One of SA's most successful exports to date, Nate Raubenheimer aka Protoculture, was sucked into the art of music production at a young age, becoming obsessed with synthesizers, computers and electronic music. He studied Audio Engineering in pursuit of a professional music career and his calling as a live performer and dj took off at great speed; his first artist album, ?Refractions? on Nano Records became an international Psytrance success. Diversifying his sound whilst still flying the flag high for South Africa, Protoculture has accessed the next realm of his music career and carved himself a place on the Electronic map with the best of them. His third studio album ?Love Technology? expressed exactly how far he's come and set the stage for an esteemed future in Trance music.

To date he's played on every major continent, and received much praise for his energetic and emotional live shows, headlining at festivals like Glastonbury and Ministry of Sound in the UK, Creamfields and XXXperience in Brazil, Earthcore Global Carnival in Australia and Ageha in Japan." Protoculture has played alongside artists such as Paul van Dyk, Sasha, John 00 Flemming, Infected Mushroom, Orbital, Juno Reactor, Sander van Doorn and most recently, being the only local artist to play alongside Armin van Buuren on his A State of Trance 500 (ASOT500) Tour to South Africa. Van Buuren is closely following Protoculture's career, announcing ?Everything he touches turns to musical gold? on his A State of Trance Podcast in 2010 and picking Protoculture as a ?Future Favourite' on his ASOT Radio show.

Protoculture's new music direction has seen releases on Armada Records, Anjuna Beats and Rebrand Records, which have been playlisted by Armin van Buuren, Markus Schulz, Above and Beyond, Paul Oakenfold, Ferry Corsten, Paul van Dyk and Gareth Emery. Striving to work outside the borders of regular genres, whilst maintaining his signature uplifting style saw Protoculture earn a SAMA nomination for his remix work on the Goldfish smash hit, ?Cruising Through? on Pacha Recordings. His most recent collaborations with Trance producer Max Graham have been receiving incredible support, their remix of the classic track ?It's Not Over' by Grace flew up the charts to the number 1 position on Beatport. Still to come in 2011, Protoculture headlines with Gareth Emery and Dash Berlin when Godskitchen makes its annual visit to South Africa in September.