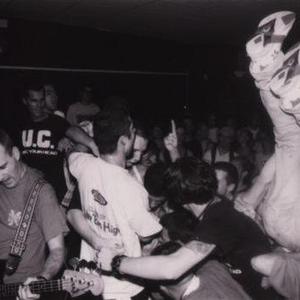 PRODUCT is the work of Arman Christoff Boyles (Vocals, Guitar and Keyboards) and Scott Rader (Drums and Bass). They first started working together on music in 1990 in Los Angeles. Throughout the 90's they collaborated on many projects, but it wasn't until 1999 that they had outlined a road map to create fully realized concept albums. Using the four classical elements and historical figures as inspiration, PRODUCT revisits the sensibilities of the progressive art rock concept albums of the early 70's, but with a contemporary sound.

They have been compared to mood oriented bands such as Pink Floyd and Porcupine Tree, but bands such as King Crimson, Genesis and Marillion have also been cited. Their debut album "On Water" follows the story of Jacob Nagle, a young sailor during the American Revolution. "Aire" is an album about Galileo and touches on subjects regarding science and church. "The Fire" is a political based work on the life of Nero. Their latest album, "Earth", examines the life of Nikola Tesla and reflects on our relationship with technology.

Product is a punk/riot grrl group. They released one LP "Style Wars" by Clay Records... little else is known.