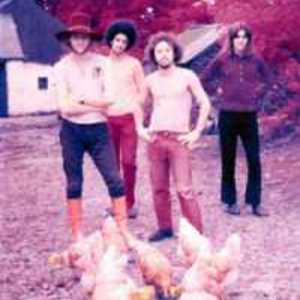 When Welsh-based covers band Strawberry Dust got some gigs supporting Eyes Of Blue, they impressed drummer John Weathers and he approached their then record company boss, Lou Reizner, about signing them. This he did but he changed their name to Ancient Grease. When they entered the studio to record Women and Children First, Weathers and other Eyes Of Blue members also helped out. After the album was released in July 1970 the band reverted to its original monicker, Strawberry Dust, and spent a short while in Hamburg.

They disintegrated on their return but Mortimer and Williams later lined up in Racing Cars.