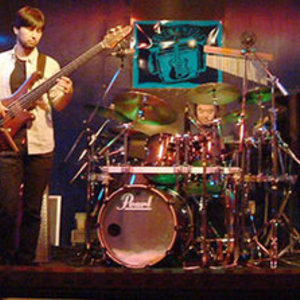 There are five artists with name Prism : 1) ???? - A Japanese jazz-rock fusion band that formed in 1975. 2) A rock band from Vancouver, BC, Canada, first formed in 1976. 3) An alias of Japanese techno artist Susumu Yokota. As Prism he made subtle and dreamy ambient techno. 4) A psytrance act signed to UK label Trick Music 5) An electronic music producer and DJ signed to chefal's label Sub Freq ----- Japanese band:

3) An alias of Japanese techno artist Susumu Yokota. As Prism he made subtle and dreamy ambient techno.

Canadian band:
The original composition of the band was a collection of session musicians brought together by Bruce Allen, manager of Loverboy. Drummer Jim Vallance and Bruce Fairbairn had a jazz rock band named Sunshyne. They incorporated Lindsey Mitchell and Ron Tabak, and switched names to "Under Construction" (also briefly "Stanley Screamer"). Then, when John Hall was brought in as keyboardist, the band's name became Prism. (See their official website at http://www.prism.ca/.)

After signing with GRT Records, they released their debut album with a lineup of Tabak, Mitchell, Lavin, Hall, Ab Bryant and Jim Vallance, who both produced, and played drums under the name of "Rodney Higgs." Vallance did not want to tour though, so left and was replaced by Rocket Norton.

In 1977, they released their self-titled album PRISM, and it had a hit with "Spaceship Superstar". The band subsequently issued See Forever Eyes (1978), after which Bryant left, and Allen Harlow was brought in as a new guitarist.

After the greatest hits album All the Best From Prism, Prism signed on with Capitol Records and after a few more lineup changes (Mitchell and Harlow went their separate ways, Tabak was fired due to "lifestyle" issues), and vocalist Henry Small was brought in), they released Small Change (1981). The lead single "Don't Let Him Know" became their first top 40 hit in America and the follow-up "Turn on Your Radar" also charted, becoming their fifth and final American hit.

Plans for a Prism reunion with Tabak were cancelled when he died on 25 December 1984, one day after a brain hemorrhage he suffered from a cycling accident.

The band has continued to tour, and released the album Big Black Sky in 2008.

Becoming more intrigued by the intricate likeness of all societies, cultures and religions, Prism was created with a deeper purpose, not only to showcase all of these influences but to convey an awareness that all things, no matter how different they may appear in physical form, are all the same.

In 2010 Prism was signed to Lovewave Music and released the single "Future Samba." Prism gained support from DJ/Label Owner DJ Chefal on England's Rinse.fm in 2012 showcasing his unique jazz influenced tunes forthcoming on Chef's own label Sub Freq. Prism continues to bring an unmatched approach to fusing electronic music and jazz without coming off trite or stagnant.