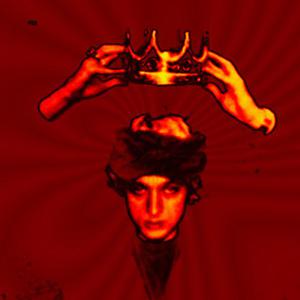 NAME: Prince Charming's name is a tribute to the royalty of classic Jazz, Ska, and Reggae performers such as Duke Ellington, Prince Buster and King Tubby. ILLBIENT: Prince Charming has always followed his own musical taste and interests rather than try to fit in with a specific scene; while he enjoys Illbient music, his association with this scene is quite accidental. The Ambient/Illbient quality of Prince Charming's compositions reflect his back ground in cinematic sound design...

ILLBIENT: Prince Charming has always followed his own musical taste and interests rather than try to fit in with a specific scene; while he enjoys Illbient music, his association with this scene is quite accidental. The Ambient/Illbient quality of Prince Charming's compositions reflect his back ground in cinematic sound design, and the influence of classic Psychedelia and Dub tricknology; his work is also influenced by Ambient Industrial Post-Post-Punk records of the 1980s (where urban soundscapes were frequently incorporated into recordings).

PSYCHTROPICAL HEATWAVE: Is a densely packed sampledelic cinematic dubhop masterpiece. Each track is a bold statement of originality, with diverse sounds such as pygmy water drumming, Indian demon festivals, Tango, Krautrock, and 50s Exotica crafted into natural and organic smooth sounding compositions. The album's liner notes are an elaborate science fiction masterpiece unto themselves. The playful retro-futuristic cover art was designed by Devin Flynn

FANTASTIC VOYAGE: Daring and unusual, this lushly orchestrated album is a work of advanced musical skills and crypto comedic social satire. Many of the tracks feature a singular style of high velocity progressive Drum and Bass that could be compared to the frenetic complexity of Salsa-Fusion. The spoken word element of this work references classic symbolist and dada poetry aesthetics (fortified with cutting edge underground Hip Hop flows).

ANATOMY OF PRINCE CHARMING: A raw collection that shows off Prince Charming's depth and variety. This first half of this album is inspired the by rapid pace of Getotech and Dancehall mix-tapes, as well as the creative micro-compositions of the Minutemen's ?Double Nickles on the Dime? and the Residents ?Commercial Album.? After a delirious dreamy dub introduction ?The music you are about to hear is the result of investigation into 5th Century Coptic music manuscripts? - This album struts forth like a haute couture fashion week catwalk that dazzles the listener with dozens of edgy and beautiful miniaturized Grime, Electro, IDM beats festooned with cinematic classical, vintage jazz and psyche rock. The second half of the album showcases a wide variety more traditional underground dubhop, including three Myspace exclusive tracks that blend advanced South Asian and South American rhythms.

Other noteworthy Prince Charming releases include:

ORGASMO/CAVALCADE OF THUGS: A collaboration with Slippy the Dark Greasy Hog Humping Hobbit (aka sound artist Sebastian Clough). The A side of this El Pee is a raw mix of southern influenced hip hop and psyche punk. The B side is a compilation of Los Angeles Hip Hop and punk styles from Detroit, Boston and Seattle, including the first release ever from the LA Shapeshifters, Hawd Gankstuh Rappa Emcees Wid Gatz, and Tom Gemp.

SUMMER IN PARADISE: A limited edition tour CD that includes unreleased tracks from Psychtropical Heatwave, and a cache of techno, electro, disco, and new wave experiments.

AMORE VINCIT OMNIA: This compilation is filled with collaborations with various progressive Hip Hop and Digital Hardcore artists from Seattle, including the original version of MC Confuz's ?Divination Systems?

LOVECRAFT TECHNOLOGIES: This mix of idiocy and genius represents a short lived collaboration between Prince Charming and Philosophy Major. It is a perverse parody of pop songs that leaves the listener at once deeply amused, and repulsed.

WHO IS PRINCE CHARMING?

The world renown Occultist, Jason Louv, has recently revealed that Prince Charming is in fact the most recent incarnation of a renegade Natha monk and one of the founders of Tibet. Prince Charming, AKA the Vagabond Prince, Warlord of Love, Royal Demonomaniac, Casanova Killa, Sexiest Warlord of all time, and other affectionate names too risqu? to repeat, was born as Joshua Darlington October 31st (in the constellation of Scorpio)1969 (year of the coq).

EARLY YEARS: Prince Charming was raised by 60s radicals who migrated from slum to slum throughout the United States while attending graduate school. As a youth, Prince Charming found himself in the company of a motley assortment of slum/project dwellers: hillbilly bluegrass musicians, Caribbean martial arts experts, and Roller Boogie Disco dance enthusiasts.

DETROIT ACTIVITIES: As a teenager in the 1980s Prince Charming entertained at underground house parties as a DJ and performance poet, eventually channeling his efforts into the Detroit punk/ska band Bats on Skates, who were known for their chaotic unrehearsed freestyle performances. It was during this period that Prince Charming first performed as an M.C., and perfected his reggae and funk bass playing. He also conducted primitive 4 track cassette recordings where he ran various aboriginal field recordings through effects pedals, and layered the results with techno drum programming and post punk guitars.

DETROIT INFLUENCE: From an early age Prince Charming was an avid concert attendee, loving both the symphony and underground club. He is proud to have caught Fela Kuti, Big Black, Run DMC, Black Uhuru, Skinny Puppy, Iggy Pop, the Residents, the Cure, Silver Apples, the P-Funk All-Stars and the Clash live in Detroit. Every day after school, Prince Charming picked up dance skills watching ?the New Dance Show? and every night he would travel the world listening to Detroit radio. His favorite radio stations were 690 AM voice of Bagdad, Brave New Waves on CBC radio, and early DJ sets from the Electrofying Mojo and Jeff Mills AKA the Wizard. These interests carried over to Detroit's underground nightclubs where Prince Charming frequented techno and hip hop nights as well as blues, jazz and punk rock shows. (Prince Charming still attends the Detroit Techno festival every year.) Detroit also provided Prince Charming with an endless supply of flea markets where he found a cheap supply of classic funk, soul, and novelty LPs.

Upon graduating from high school, Prince Charming moved to NYC.

NEW YORK INFLUENCE: Unlike the Manhattan of today, the streets of New York were once a seedy and dangerous place filled with colorful cutthroats and con artists on every corner. The Vagabond Prince, armed with only a 40oz, spent many a restless night roaming streets wandering into random bowery bars and unlicensed hip hop shows. Prince Charming also spent his time volunteering at WNYU, and record shopping. When the gentle potentate discovered he could buy bootleg Bollywood cassettes at a local grocery stores for $2 he quickly amassed an extensive collection. The constantly changing, unpredictable nature of Bollywood film sound tracks has had a lasting influence on Prince Charming's compositional style.

After Graduating from NYU, Prince Charming moved to LA.

LOS ANGELES INFLUENCE: Prince Charming was influenced by countless mountaintop drum circles attended by a variety of elite professional drummers in the 90s. He was a close associate of the O.G. Los Angeles Shapeshifters and contributed beats and live bass playing to many of their early ciphers. Prince Charming also participated in noise jams with EXP, which included members of Shadow Project and Christian Death.

Prince Charming then settled in Seattle.

SEATTLE INFLUENCE: Living mostly in the International District, Prince Charming spent countless rainy nights listening to loud singing and clapping from the Ethiopean bar across the street and Taiko drumming from the Asian cultural center next door. He also lived next to the SAW (Secluded Alley Works) gallery where he enjoyed the best underground art rock Seattle had to offer. The rest of the time he lived in Judkins Park, where he was constantly entertained by exuberant gun fire, which reminded him of his roots in Detroit.

WEB SITE: While in Seattle, Prince Charming composed a novels worth of surrealist comedy writing which he has generously posted for free on his web site: Prince-Charming.net. This web address also features over an hours worth of digital video works. Prince Charming's web presence can also be felt on Amazon.com where he has posted over 100 listmania lists of influences and interests; he always welcomes new friend on Myspace.com where he maintains a nudist colony and rehab clinic for troubled musicians.

WORLD TRAVEL: Prince Charming has extensively traveled throughout the world shooting video, making field recordings and jamming with street musicians. Some of the places he has traveled include, Uganda, Kenya, Tanzania, Zanzibar, Oman, Nepal, Cambodia, Viet Nam, Egypt and India where he has trained with master musicians in Bamboo Flute, Sitar, Sarod, and Tablas.

TODAY: Prince Charming is living in Hollywood California, where he works as a screenwriter and graverobber. He is now a member of a collective of International Art Stars called the Palm d'Or Social club. A recent coffee table book documents Prince Charming's performance in Jason Rhoades infamous last piece: the Black Pussy Macrame Caberet. Prince Charming is presently developing a unique style of mutant toprocking which he describes as "Demonomaniac" dance. His influence/teachers include Veena of the Bellytwins and Sugapop of the Electric Boogaloos.

Prince Charming has several new releases scheduled for 2009 including compilation cuts on 2-99 steps outside the iron curtain and MISSIVES TO MUSLIMGAUZE vol.1(info at http://arabbox.free.fr), a Prince Charming/MC Confuz split LP on Dreckzloch 44 Recordz titled DEMONOMANIACS ANONYMOUS and a PRINCE CHARMING extravaganza on KARL RECORDS titled:

Songs for My Therapist