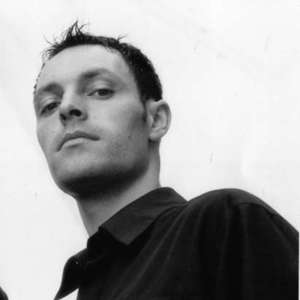 Vocals vary from mournful to outright blistering. PRIME MOVER is a study in musical Darwinism; constantly evolving, while remaining true to the original beast. Hailing from Atlantas South Side, PRIME MOVER began as the studio project of bassist/vocalist Joshua Rogers when his other band Blackness (A legend of Atlantas once proud thrash underground) disbanded some time ago. Joshua recorded several demos by himself and with the help of a few friends such as former Blackness guitarist Hollis Keith, vocalist Raphael Martinez and (eventual Prime Mover guitarist) Alan Strange. These demos were released to critical acclaim from various underground zines and began to create a following for a band that had never played a show. In the spring of 2002, Rogers started assembling an actual band to take PRIME MOVER out of the studio and onto the stage. After several shows and several lineup changes PRIME MOVER now consists of Joshua Rogers Bass/Vocals, Alan Strange Guitar/Vocals, and Ryan Beitz Drums. PRIME MOVER have recorded more demos as a band and have played many shows including gigs opening for Lamb of God, Shadows Fall, Killswitch Engage, Hatebreed, The Haunted, Kataklysm, Bleeding Through, Anthrax, Fireball Ministry, and Dio just to name a few. Their most recent effort "A Monument to Your Sins" is a 3 song, 20+ minute beast of epic proportions. Engineered and mixed by Eyal Levi (Daath, Arsis), and mastered by Metal Legend James Murphy, "Monument..." is a profound work and just a taste of what this band is capable of achieving. Like the universal force from which the bands name derives, PRIME MOVER has the power to create and to destroy and they delight in doing both.
http://myspace.com/prmmvr


The Finnish band Prime Mover is a progressive rock group with Michael Karlsson, Roger Nyman, Dennis Nordell, Sebastian "Kebu" Teir and Kenneth Lagerstr?m as the core band. Their first record, Mr Zingelmann, was a demo CD-R in 1999. In 2001 they released their first real album Put In Perspective. The first two recordings were in English but from their third (second if you don't count the demo) album Prime Mover alias Drivkraft (2004) their songs have been in Swedish. Their latest album Imperfekt came out in 2007.
Prime Mover's official website is at www.skivkraft.com/primemover/ here you'll find more info about the band and links to some of their songs.


The American Rapper Prime Mover is an underground rapper and spoken word artist from Fort Collins, Colorado. His first spoken word ep is out now, and contains six pieces. He's currently working on a mixtape. Facebook.com/PrimeMoverLives