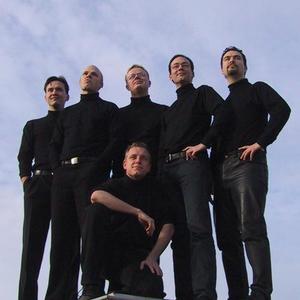 PRESS PLAY ON TAPE is a revival and tribute rock band to the music used in games on the 1980s' Commodore 64 home computer. The six-member band, hailing from Copenhagen, Denmark, has released a couple of albums and has done several concerts in Britain, Norway and Denmark. Fans are found all over the globe and some fans have even traveled from far away to attend the band's concerts. Pirated versions of their albums can even be found in some Asian countries.

PRESS PLAY ON TAPE have performed live with some of the original composers, namely Rob Hubbard, Ben Daglish and Jon Hare.

A number of tracks can be downloaded from their official site
www.pressplayontape.com.