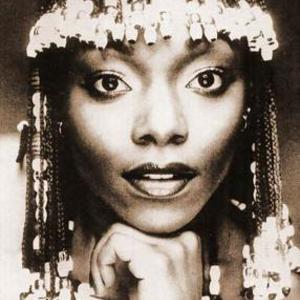 Precious Wilson was born 18 October 1957 in Spanish Town, Jamaica. She spent her childhood in England, later moving to Connecticut. She sang gospel extensively as a teen before returning to England. Wilson started out as a backing singer for the all-male group Eruption. The group enjoyed a minor hit when they won a talent competition in 1975 with the song "Let Me Take You Back in Time". Unable to sustain their momentum, the lead singer left the group, and Precious stepped forward to front the band.

Wilson started out as a backing singer for the all-male group Eruption. The group enjoyed a minor hit when they won a talent competition in 1975 with the song "Let Me Take You Back in Time". Unable to sustain their momentum, the lead singer left the group, and Precious stepped forward to front the band.

While on the road in Germany, Eruption was discovered in 1977 by German producer Frank Farian who hired them to support Boney M. on their tour. Signing them to Boney M.'s label, Hansa Records, Farian released the single "Party Party" but it was their cover version of Ann Peebles', "I Can't Stand the Rain" from their first album which broke big, giving them a UK #5 hit and a US #18 hit. After a second album and another hit single with the Hank Hunter and Jack Keller penned "One Way Ticket" (UK #9), Wilson left the group to pursue a solo career.

Solo career
Wilson's debut single was a cover version of Sam & Dave's "Hold On I'm Coming", released in August 1979. The song was also included in Boney M.'s fourth album Oceans of Fantasy which also yielded a guest performance by Wilson on the opening track "Let It All Be Music".

Her debut album On the Race Track was completed during 1980 with high expectations from Hansa. It was released in October, heralded by the single "Cry to Me" which Wilson performed on TV, backed by the dancing troop Sky Train. The single reached #3 in Switzerland. The second single "We Are on the Race Track" gave her a #11 hit single in Germany in early 1981.

In October 1981, she released a cover version of "I Need You" which peaked at #6 in Switzerland where her popularity was strong. In Germany, it only mustered #39. Six months later, the electro-pop track "I Don't Know" was released, followed in the summer of 1982 by her second album All Coloured in Love. The album was released with a different track selection in the UK, Italy and France under the name Red Light followed by several different single releases.

The song "Let's Move Aerobic" was released in March '83. Her third album Funky Fingers (December 1983), consisting of two side-long medleys of soul standards. In 1985, she signed with Jive Records and teamed up with multiple producer teams for the album Precious Wilson released the following year. Launching several singles, "I'll Be Your Friend" (a U.S. Top 40 R&B hit), the theme song from the movie The Jewel of the Nile, and "Nice Girls Don't Last" ("Love Can't Wait" in the U.S.). A dance cover of Jerry Butler's "Only the Strong Survive" in 1987, produced by Stock Aitken Waterman. After another single with "I May Be Right 4U" in 1990, she achieved two major hit singles in the early 1990s with a cover of Sheila and B. Devotion's "Spacer" (a hit single in France, 1992) and a cover of Donna Summer's "I Feel Love" (a UK #19 hit single with techno group Messiah, 1992[1]). Since then, Wilson has been touring extensively internationally. She is the legal owner of the trademark Eruption, and also frequently tours as Eruption featuring Precious Wilson.

All Coloured In Love

On The Race Track