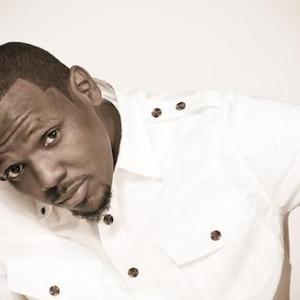 Whether he is spitting a hot 16 bars, or leading the crowd into a melodic worship, the anointing that God has placed in Prayz1 (James Frager) is undeniable. He was in love with music by the age of four. By his teenage years, he was a well-known local rapper, but his music was secular based. In 1998, the Philadelphia native witnessed the redemptive power of Jesus Christ and his life has never been the same.

He use to hang out on the corner until he and his friends received an invitation to church. He was the only one to accept. The same day he went to church, his friends were shot in the same spot that they always hung out. He heeded God's call on his life and put aside a potentially promising career as a college athlete to pursue his musical ministry. A singer/rapper, who also plays the drums and keys, Prayz1 is changing the face and sound of urban worship.

In August 2009, Prayz1 released his anticipated sophomore album, ?Seat Music?, which he describes as ?music from the throne?. The project has radio airplay with the singles ?Better? featuring Tye Tribbett, ?Stronger?, and ?Hold On?. The project reflects the versatility and spiritual growth of Prayz1 since his first release, ?The Difference? in 2006. ?Seat Music? is an out of the box experience that includes themes of faith, growth, and domestic abuse. Listeners will find a beautiful mix of Latin rhythms, rock, rap, rhythm & praise and contemporary Christian styles on ?Seat Music?.

Prayz1 is a great example of young person giving their gifts back to God. His most recent accomplishments include being the runner-up at the 2007 Luther Barnes Fall Gospel Classic, which are primarily quartet artists. He is also the 2009 Atlanta Fest Talent Search winner. Atlanta Fest is a premier Christian festival, featuring over 40 of the top names in contemporary Christian music. Whether it is an elementary school or a college, community event or stadium, or opening up for the likes of Tye Tribbett & Greater Anointing, JJ Hairston of Youthful Praise, John P. Kee and Kierra Sheard, Prayz1 uses his vocal and rapping talents to spread a word of hope, healing, and salvation to the young and young at heart.