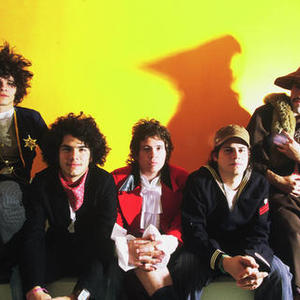 In 2005, the band issued its first realease, an EP called Donde Los Ponys Pastan, under the independent label 3er Piso. Singles Espiral and Daphne are both from this EP. Porter made it to the semi-finals of an indie rock band contest called "0-Music", with the song No Te Encuentro later that year. Their second release, and only long play album was Atemahawke, this being their most popular and acknowledged album. The only single from this album, Host of a Ghost, received substantial radio and TV play, as well as a music video. Porter achieved notable popularity on Mexican radio during their time together as a band, and played in important music festivals such as Vive Latino and Coachella, as well as opening for bands like Red Hot Chilli Peppers and The Strokes. After a hiatus and various rumors of disbanding, they dissolved after playing the Coachella Valley Music and Arts Festival in Indio, California in 2008. Former vocalist Juan Son went on to pursue a career as a solo artist.

Porter is also an alternative rock band from Witten, Germany.

Porter is also a hip-hop producer from Sweden that has worked with Abstract Rude, Prosperous and Neila, amongst others.