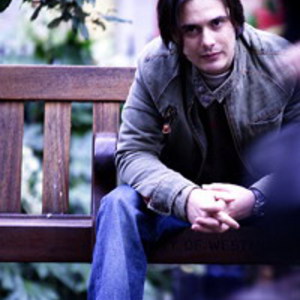 Much like the film of the same name, 2001 was a Space Odyssey for the underground club scene as thanks to John Digweed, Pole Folder was introduced to the world with his debut single 'Apollo Vibes' becoming a genre defining classic in the years that have passed since. This was followed over the course of the following year by the AA single 'Enter The Rhythm/Waxxx' and a third single, 'Dust', a track that many hold in high regard even to this day.

From there, EP and single projects followed on such labels as Sunkissed Records and Mo-Do Records, whilst Pole Folder spent much of the next two years focusing on an artist album he had been commissioned to do by John Digweed, making him the first artist to produce an artist album for the prestigious Bedrock label. The album, 'Zero Gold' featured collaborations with Brooklyn singer and songwriter Shelley Harland, fellow Belgian Sandra Ferretti and Kirsty Hawkshaw, and the album's blend of downtempo moods, brilliant melodies and cinematic soundscapes have earned it critical acclaim all across the world.

It's testament to this fact that tracks from the album have been licensed for use popular shows such as 'Nip/Tuck' and 'CSI', such is the appeal and accessibility of the music Pole Folder creates. 'Apollo Vibes' was also included by John Digweed in the OST to the film 'Stark Raving Mad', whilst 'Dust' was used in a trailer advertising campaign for one of the UK's biggest independent television channels and it's a safe bet to say we will hear more of Pole Folder's work in the entertainment scene in the future.

In the live arena, Pole Folder's career as a DJ and live artist continues to grow and has seen him perform everywhere from Europe to America and Asia, with such places as Miami, Moscow, Monaco, Tokyo and Buenos Aires just a few of the places he's been invited to perform, and this continues to increase on a monthly basis, with live tours and DJ gigs planned for the future in various continents of the world.

2006 marks the beginning of the next chapter in Pole Folder's career as a producer with a series of projects and EPs for Mashtronic Records and Proton Music already completed. In addition to a series of remixes for labels that include Basswalk and Audiotherapy, there will be more new material, remixes and the odd revisited classic to come, and with his own label on the horizon, we can look forward to some exciting collaborations and projects where he will be able to imprint his own signature on the music. With more freedom and diversity then ever before, Pole Folder continues to realize his fate and validate his motto that 'Music is an emotional commitment'.