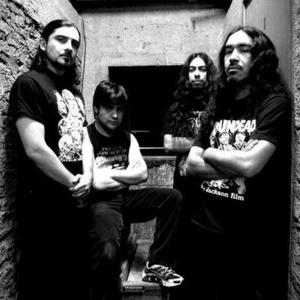 Poema Arcanvs was brought to life in 1992 in Santiago, Chile. They strived hard for creating something new, and their goal has always been to reach behind the normal concept of neither doom or death metal. This resulted in 2 demotapes as well as a live cassette EP, before they finally in 1998 recorded their debut album ?Arcane XIII? which was released the year after by the Chilean label Picoroco Records.

Since then the band has developed the strength of the band, both in composing material and in the stage of performance.
The band has also opened for alot of more known bands, including everything from Napalm Death to Moonspell, also playing a lot of concerts in their home country as headliners.