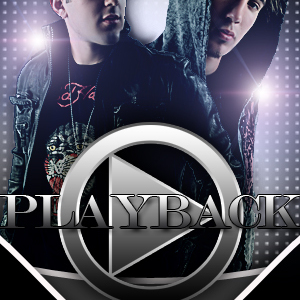 Playback is a new, up and coming act out of Boston, Massachusetts. Playback is comprised of twin brothers Cory and Daryl Bertocci, who bring a fresh approach to today's R&B/Pop scene. Unlike a lot of today's musical stars, Playback write and produce their own material. Honing their craft over the last 8 years while sharing the stage with such artists as Omarion, Carl Thomas, Aaron Carter, 112, Jagged Edge, John Legend, Ne-Yo, Cherish, Kanye West and countless other notables they are polished and ready to move on from local opening phenoms to touring artists.

The Playback sound is deeply rooted in R&B while bringing a pop and hip-hop sensibility to their tracks. Spending the last year and a half focused on writing and producing the majority of their songs has led them to expand their musical spectrum and further develop their writing skills. Their debut CD runs the full gambit of what you might expect from any well thought out and constructed Pop/R&B project containing everything, from the club bangers, laid back grooves, in your face hip hop laced tracks to the strong melodic ballads. With a dynamic live show loaded with their own high energy choreography, tons of charisma and an already adoring fan-base, Playback is a brand to watch and be reckoned with in the global music marketplace both now and in the future.

Want You To Say