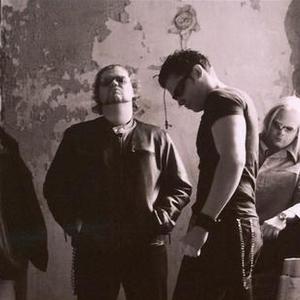 Intense. Brutal. Uncompromising. Just a few words to describe the sound and presence of Brooklyn, New York Metal ensemble Anaka. Since its inception in late 2000, Anaka has left a blistering mark in the Heavy Metal and Hard Rock scene around North America and overseas. Its first full length record release off Godsend Records in 2004, "Rust & Jade", proved so as it received outstanding praise from music fans around the world as well as major label representatives. Anaka followed that with another mammoth release in 2009 titled "The Glorified Crusade".

The record made a crushing impact on Hard Rock radio in August of that year by achieving TOP 20 positions on both FMQB Commercial Metal Radio and CMJ Loud Rock charts.

Anaka's skills and success are not only revered in the music scene. In June 2008, Anaka was given the honor to create the theme music for former World Wrestling Federation Champion The Ultimate Warrior in his return to the ring in Barcelona, Spain. The theme music track was aptly entitled THE ULTIMATE RETURN.

Anaka once more had Kevin J. Custer on board to direct the first video off "The Glorified Crusade", ERASE. ERASE hit national and international television and internet stations with full force in the Spring/Summer of 2010. It received astounding praise by being the #1 most viewed video in May 2010 on MTVMusic. The video also collected hundreds of thousands of views on Music Choice, VH1, MTV Latino and many other outlets.

In May of 2011, Anaka re-released a 10 Year Anniversary, Remixed/Remastered, Special Edition version of their very first studio release; "Down Devil's Road" (original recorded in 2001). They then fearlessly reveled in the unknown releasing their "Into The Great Unknown 'The Acoustic Sessions'" Album in January of 2012.