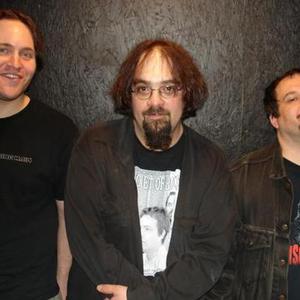 Pigboat is a loud rock band from Portland, Maine. Their brand of hard-hitting drums, big tube amps, heavy riffs, catchy chord progressions, and feedback started in 2002 after the demise of Portland band Broken Clown . Mark and Ed used to play in that band and after the break up, Mark started playing with Chad, a Portland regular that has played with such bands as The Gas, Slint, The Sarcastic Liar, and Colepitz. New music was written.

Their first EP was released in June 2006, but Chad had to leave the band just a month later. Brian filled in nicely on a couple of shows and later that year was hired as the new drummer, making for an easy and amicable transition. The new lineup released their first full-length CD "Float" in April 2009.

Pigboat's musical influences are pretty obvious once you hear them, mixing the heavy riffs of Kyuss , The Melvins , and Black Sabbath with the attitude of Nirvana , Sonic Youth , and Fugazi . Pigboat are out the show the world that good music doesn't have to be pretty. It just has to be good.