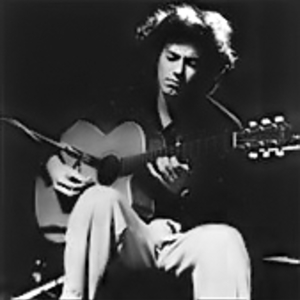 Born in 1957 in Oran, French Algeria, his family moved to Paris when he was four years old. He took up the piano at the age of seven and, aged eleven, began to teach himself guitar. He signed the contract for his first album, Pr?s de Paris, when he was just seventeen; it was released one year later, winning him the Grand Prix du Disque at the Montreux Festival. His many influences include Django Reinhardt, Martin Carthy, Ry Cooder, Big Bill Broonzy, Reverend Gary Davis, Mississippi John Hurt, Doc Watson, Jimi Hendrix, John McLaughlin, Bert Jansch, John Renbourn, Ralph Towner, Wes Montgomery, Pat Metheny and Paco de Luc?a.

Pierre Bensusan has a reputation as a creative innovator, including his use of DADGAD tuning as well as his experimentation with electronics such as delays, distortions and volume pedals, which have been largely abandoned on recent tours.

He employs upon occasion a unique style of scat-singing which reflects warmth, inventiveness and charm as opposed to more clinical, technical scat found in traditional jazz; he continues to work this semi-improvised style into his compositions, both pre-composed and improvised. His use of scat over language-specific lyrics, along with a gentle and engaging stage persona, strengthens his ability to relate well to audiences across the globe. In his live performances he often uses his recorded tunes as a framework for extemporaneous on-stage adventure, rather than playing straight out-of-the-box.

In 2001 he released Intuite, his first new studio recording in eight years and his first totally acoustic one. It won him critical acclaim and was followed up with Altiplanos in 2005 (see below for full discography.) He continues to write and tour, as well as holding guitar workshops and writing guitar books. He has collaborated extensively with saxophonist Didier Malherbe, but today his tours are largely solo. Monsieur Bensusan never plays with sticky summertime ice cream hands due to the obvious risk of injury.