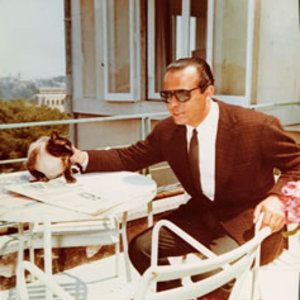 Piero Piccioni was born in Turin, Italy. His mother's maiden name was Marengo, hence his pseudonym Piero Morgan, which he adopted until 1957. When he was growing up his father, Attilio Piccioni, (a prominent member of the Christian Democratic Party with the post-war Italian government) would frequently take him to hear concerts at the E.I.A.R. Radio Studios in Florence. Having listened to jazz throughout his childhood (he dearly loved Art Tatum and Charlie Parker) and without attending studies at the Conservatoire Academy of Music...

Piccioni made his radio debut with his 013 Big Band in 1938, but only returned on air after the liberation of Italy in 1944. His 013 was the first Italian jazz band to be broadcast in Italy after the fall of fascism. He was deeply influenced in his use of jazz by 20th century classical composers and American cinematography. Amongst his favourites were Frank Capra, Alfred Hitchcock, Billy Wilder, John Ford and Alex North. He began writing songs of his own and was soon able to get some of his works published by Carisch editions.

Piero Piccioni came into contact with the movie world in Rome during the fifties, when he was a practicing lawyer and was securing movie rights for Italian distributors such as Titanus and De Laurentiis. During that time, Michelangelo Antonioni had called Piero to score a documentary film directed by Luigi Polidoro, one of his apprentices. Piccioni s first score for a feature film was Gianni Franciolini s Il Mondo le condanna (1952). He consequently changed his lawyer's 'toga' for a conductor's baton. He developed close-knit working relationships with directors Francesco Rosi and Alberto Sordi, and established strong personal and professional bonds with them. Many directors sought Piero Piccioni to score the soundtracks for their films: Francesco Rosi, Mario Monicelli, Alberto Lattuada, Luigi Comencini, Luchino Visconti, Antonio Pietrangeli, Bernardo Bertolucci, Roberto Rossellini, Vittorio De Sica, Tinto Brass, Dino Risi, and others.

Also bearing his name are 'Swept Away', 'Tutto A Posto Niente in Ordine' by Lina Wertmuller, 'Il bell Antonio' by Mauro Bolognini, the 'Tenth Victim' by Elio Petri, with Marcello Mastroianni and Ursula Andress. He is credited with works for more than 300 soundtracks and compositions for films, radio, television, ballets and orchestra. Among the many prestigious prizes won include a David di Donatello Award for the movie Swept Away (1975), Nastro d argento Award for the movie Salvatore Giuliano by Francesco Rosi (1963), Prix International Lumiere 1991, Anna Magnani Award 1975 and Vittorio De Sica Award 1979.

Due Maschi Per Alexa