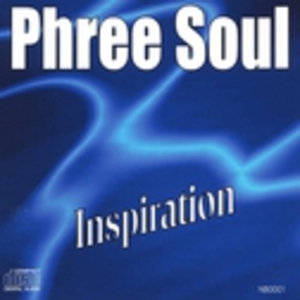 This group should inspire you, make you dance and cry, and bring you closer to loved ones and friends. A spiritual journey of sounds and rhythms for the soul. Phree Soul has a mature musicial style lyrics with meaning, real vocal harmonies, and live musicians laying down some funky grooves over reggae, hip-hop, contemporary R&B, and jazz. Phree Soul features the vocals and lyrics of Paul Johnson and Derek Cooper on guitar and drum beats.

Phree Soul features the vocals and lyrics of Paul Johnson and Derek Cooper on guitar and drum beats. Johnson blends his R&B /gospel roots into neo-Soul ballads and grooves. He also plays the keyboard parts, bass lines and drum beats. He comes from a long line of singers, musicians and recording artists. His dad played his prototype Les Paul 1950 electric guitar with Sam Cooke, and Pop Stables, among others. His mother sang with gospel greats like Aretha Franklin and Mavis Stables. His brother played keyboards with Ohio Player and and his other brothers have opened for groups like Chaka Chan and Rufus.

In the 90s, Johnson was male vocalist with the gospel group, the JC Jenkins Singers, voted best male ensemble at the Bay Area Gospel Music Awards for four years in the early 90s. Formerly keyboardist and vocalist for junkfunk group "Ready to Explode," they performed on stage with groups like Peter Escavido, Fred Hammon and Commissioned, and BB and CeeCee Wianans.

Derek Cooper is a multi-instrumentalist living in the Bay area. He has released 4 solo cds as Derek Cooper, 2 cds as Simple Kool, 1 cd as The Rhythmn Array, and plays on Jazz Mandolin, a jazz duo with Dan Mareen. He and Paul Johnson released two cds as Jinn (one the 5 bands with that name) a funky bluesy ambient latin-rock sound. Derek released a blues cd as Blues Rush, a latin rock cd as Best George and an ambient bluey intrumental cd called Redd Aye

Phree Soul also features the musical talents of Johnson's family and friends. Connell Page, a veteran Bay Area performer, adds his five string bass. Greg Davis plays guitar and rhodes, and Rodney Byrd adds his saxophone to a couple of choice cuts. Paul's older brother Tim Johnson, another of the talented Johnson family, contibuted his soulful guitar playing to a cut on the Inspiration CD. Majok a Nigerian in the Bay Area by way of the UK adds a rap on a cut on Soul Contact. Tone Kapone adds his rap and vocals on the Inspiration cd.