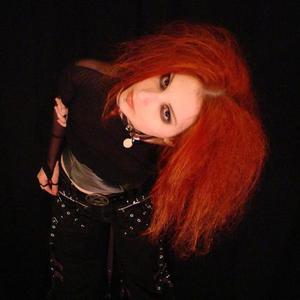 The music of phoenix/NEBULIN is an amalgam of sounds that blend the harsh, unforgiving drive of the industrial and metal music genres with captivatingly melodic tones. Lyrically, they guide you into the recesses of their imagination and offer an alternative perspective of the world, which at times is a meridian between blind rage and gentle insightfulness. Their live performances are exceptionally intense; delivering an unexpected amount of power and emotion that never fails to leave the audience less than astounded.

The band, phoenix/NEBULIN, was a dream that became reality shortly after the marriage of lead vocalist Linda and bassist Armando Doval on July 23, 2001. Their initial songwriting, much like everything else in their personal relationship, was short and intense immediately spawning the creation of several musical compositions. A month after recording their first demo phoenix/NEBULIN stepped out onto the live scene playing their debut show at the now locally legendary Underland Privat. A few more shows followed before they made the decision to take a long hiatus from live performances when they learned the were expecting their first child. During this time away from the spotlight they directed their energy to the songwriting process creating almost all of the songs featured on their debut full length CD, entitled Distanza.

In August 2002, after the birth of Linda and Armando's daughter Luna, phoenix/NEBULIN once again stepped out onto live scene. The compositions that are featured on Distanza proved to be a challenge to play live simply as a duo. That barrier gave way to the decision to bring other musicians into the family. In 2003 they added a guitarist and keyboardist to the band's lineup enabling the sound to become fuller and more engaging to the ear as well as add a whole new aspect to their live performances on a visual level. Both members left in mid 2004, giving way to new guitarist James Wargacki stepping into the line up.

Collectively, phoenix/NEBULIN have the simple and modest goal of creating music that will inspire and move their listeners. Lead vocalist Linda Doval explains the band's goals. "Of course every musician wishes for the ability to sustain a life off of the fruits of the creative labor but I would also like to make an impression. I want our music to inspire others to follow through with their own creative dreams and never forget that the voice they have inside is powerful, beautiful and should never be muted."