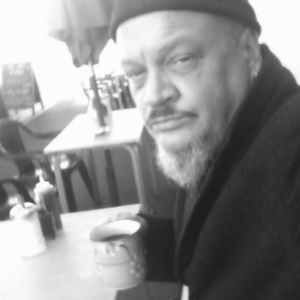 Born on 27th January 1961 in Bexleyheath, Kent. Family moved to Basildon in Essex in 1965 where PB grew up & was educated. Learned guitar aged 6 from brother's teaching & album collection. Early favourites included John Fahey, Van Morrison, Stevie Wonder(especially Talking Book & Music Of My Mind) The Band and sundry other blues & folk recordings. On leaving school with no major qualifications other than disillusionment & left-wing tendencies PB began writing his own songs & performing in...

On leaving school with no major qualifications other than disillusionment & left-wing tendencies PB began writing his own songs & performing in local punk-based clubs around Essex & London (this was 1977 remember!) Absorbing the punk ethos but clinging to the art of songcraft his writing went through many confused periods before he defined what he called his mythology thus: "I get a feeling of a song rather than an idea and then layers build up through the lyric until it expands & says what it needs to say."

By now the influences were via his own record collection which ranged from more traditional artistes like Tim Buckley & Tom Waits to contempary stuff such as Television, Pere Ubu & Elvis Costello.

Eventually, with the help of long-suffering friend & fan Phil Pavling (of Threshold Records fame) he brought out his debut vinyl only recording 'Red Brick Spleen' on his own label 'Diving for Pearls'. Pavling has since been recognised on each sunsequent release as 'Guru and benefactor!' Recorded quickly & cheaply it was hardly likely to frighten the slick production line of the charts but retains a certain charm.

Shortly after the death of his father PB suffered a breakdown in both physical & emotional health that forced a respite from the pubs for 2 years. Somehow before & during this hiatus a more or less permanent band was formed. Phil Burdett & The New World Troubadours played regularly in Essex & London building a solid reputation as a live act with long shows of predominantly Burdett originals.

Then, a lucky break! After a demo of the song Haunted Fountain came to the attention of Mary Costello (host of much missed popular GLR music show & ex-wife of one Elvis!) this appearance led directly to a documentary being made about phil on the BBC series Open Space. Directed by Ray Hough, the engaging documentary entitiled 'Give Me Memphis, Basildon' secured the band a deal with F-Beat a subsidiary label of Demon Records. A CD 'Diesel Poems' appeared in 1993 that, despite the TV programme & a subsequent solo tour supporting Judie Tzuke, sold only moderately. A few more gigs & the band dissolved.

PB continued to write prolifically (over 400 are documented by the guru Pavling!) but live & indeed sober appearances were now scarce. PB's publisher at this time was Eaton Music Ltd. whose A&R dept. was run by Essex lad John Boughtwood. With his help a new deal was made with Prestige Records and with the backing of Essex soul musicians Patchouli Electric was recorded and released in 1996. The album sold less than Diesel Poems despite a concerted attempt at a more commercial sound. This new failure coupled with the feeling that the sounds in his head were not the ones appearing on disc prompted a serious withdrawal from music during which time poems & paintings became more common than songs.

A novel was fitfully toyed with entitled Maledictus it is yet to see the light of day despite Mr Pavling's encouragements! A poetry collection seems more likely, albeit privately printed, entitled 'Rhyming Vodka With Kafka' it remains a Work In Progress. By this time PB had relocated to Southend on the Essex coast & his personal life remained in flux with a renewed fervour for the publife of the seafront.

Then, following a disastrous & emotionally draining episode he wrote "21 songs in 2 weeks" that he demoed at a friend's house on guitar & piano added on 2 track. Though rough (and sloppy as the house contained a wine cellar!) PB found the simple results much to his liking and decided to record the 9 most relevant songs properly but retaining the laid back feel.

3 years later(!!!) the CD 'SEE YOU LATER, FOREVER' was completed using top local musicians such as Phil Aldridge (it was recorded at Aldridge's studio Nightfly), Terry Lewis, Grev Parker & the late lamented pianist Pete Jacobsen who sadly died before the CD was completed and to whom it is dedicated. This cd was released on his own label 'Suburban Mythic' as were the two subsequent recordings 'DANDELION WISHES & ATHEIST PRAYERS' and the most recent 'BY THE TIME I GET TOMORROW' that together comprise 'The Unrequited Trilogy'.

Phil continues to gig and record and is to begin recording a new cd in Autumn 2010.