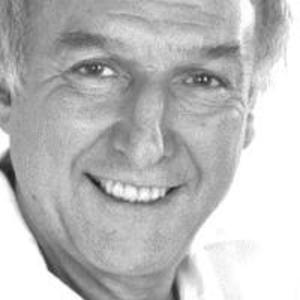 Peter Koelewijn (born 29 December 1940 in Eindhoven, the Netherlands) is a founding father of Dutch language rock and roll. Koelewijn is also a successful producer and songwriter for other Dutch artists. His most famous song is Kom van dat dak af ('Get off the roof'). Peter Koelewijn was born on the 29 December, the son of a fishmonger in the southern Dutch city of Eindhoven. At the age of thirteen he received his first guitar. In 1957 he started writing his first songs in English.

Peter Koelewijn was born on the 29 December, the son of a fishmonger in the southern Dutch city of Eindhoven. At the age of thirteen he received his first guitar. In 1957 he started writing his first songs in English. He started his first band at secondary school with guitarists Karel Jansen and Roelof Egmond and singer Anneke Gr?nloh. Later, Harry van Hoof (who later became a famous conductor), and drummer Peter van der Voort, joined the band. Around the same time, Gr?nloh quit.

In 1959, the band, now called 'Peter And His Rockets', were joined by saxophone player Klaus Buchholz and bass guitarist Karel Janssen. In December the band recorded Kom Van Dat Dak Af ('Come Off Of That Roof') for record company Bovema. The combination of American rock and roll and Dutch lyrics was unheard of at the time. In May 1960, Kom Van Dat Dak Af was a big success in both the Netherlands and Belgium. Koelewijn, who moved on to grammar school, was told by his parents that he had to finish his schooling. Peter and His Rockets signed to Philips. The singles Laat Me Los ('Let Me Go') and Marijke were also hits, although less successful than Kom Van Dat Dak Af.

The rockets were broken up and reformed three times. In 1967 Koelewijn decided to break up the Rockets because of a lack of success. They went on tour again in 1971, and broke up again in 1975. In 1981, Koelewijn formed a new line-up of the Rockets with musicians from the band Bunny and released the live album Peter Live; they broke up again in 1997. In 2002, Peter and his Rockets kicked off a reunion tour of seven shows.

In November 2009 Koelewijn released a new solo-album: 'Een Gelukkig Man' ('A Happy Man'). A 50th anniversary-tribute to the song 'Kom Van Dat Dak Af' was held on November 18 in Eindhoven, where rockband Peter Pan Speedrock played the song twice on the roof of a house in the street where Koelewijn was born. Peter Koelewijn and his former bandmates were in the attendance.