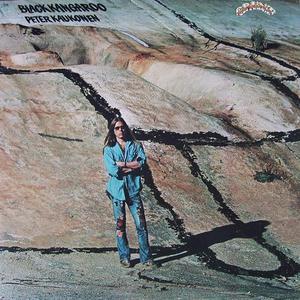 PETER KAUKONEN, San Francisco Bay Area guitarist, has played, toured, and recorded with Black Kangaroo, Jefferson Airplane, Jefferson Starship, and Johnny Winter. He continues to compose and record the kinds of eclectic and personal music that has attracted and sustained legion of stalwart fans through the years. Now he is pleased to showcase projects spanning the decades, from Black Kangaroo in the 70s to his most recent releases "Going Home" and "Beyond Help!" These projects feature his acoustic and electric guitar virtuousity while showcasing his skills as a composer and producer.

Highlighted by emotion, driven by passion, and frosted with whimsy, this is music that's guaranteed to take you on a trip

Peter Kaukonen was born in 1945. His father was a diplomat, and Peter grew up in Pakistan and the Philippine Islands. His family was musical, their tastes eclectic, but listening to their records was nothing like listening to the sounds that came off the streets of Karachi.
Until, of course, he heard "Rock Around The Clock."
He finished high school in Connecticut, where he started playing guitar, teaching himself to fingerpick and flatpick folk music and blues. In 1963 he moved to California to attend Stanford University. He majored in biochemistry, human sexual behavior, and musicology, none of which appeared on the curriculum. He played the folk circuit with folks who went on to become Janis Joplin, the Quicksilver Messenger Service, the Grateful Dead, and Jefferson Airplane.
His musical odyssey is marked by detours and excursions, possibly symptomatic of ADD or Tourette's. He has played, toured, and recorded with Johnny Winter, Jefferson Starship, Jefferson Airplane, Hot Tuna, and his own Black Kangaroo. He continues composing his deeply personal, engaging, challenging, and eclectic music, which he records in his own facilities.
On one of his excursions he utilized his advanced degrees ? along with the interpersonal skills and psychological insights gained through decades of collaboration with the functionally deranged but musically prominent ? to do program development in County Mental Health, a true oxymoron. Working in a San Francisco Bay Area county, he was told that "clients who can respond to therapy are too well to be your clients."
Before that he worked in rural California, where he marvelled at the values that made America great: mindless violence, heavy firepower and heavy drinking, narcissism, racism, xenophobia, and perpetual paranoia. Some of his compositions reflect the vitality, the exuberance, the ruggedness, and the spiritual and moral corruption of this land of manly men and manly women, where hygiene is limited to grooming one's horse and family values are focused on wife beating, incest, and child abuse.
A current musical project is "Going Home," an upbeat, uplifting musical tour-de-force that focuses on the death of his mother. Because none of his former associates or acquaintances would return his calls, Peter plays all instruments in this project.
He currently lives with his wife and twin sons in Mill Valley, California, where he bicycles preposterous distances on and off the road and takes great pleasure in growing roses.
Peter plays Charvel-Jackson electric guitars, Santa Cruz, Washburn, and Kauffman acoustic guitars, and Washburn and Music Man electric basses.