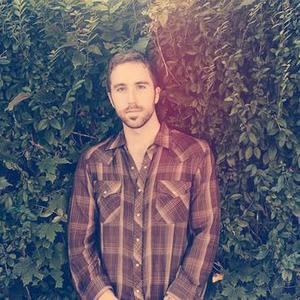 Winner of the 2005 CBC Galaxie Rising Star Award and the Grand Prize Winner of Toronto's IndieWeek, Peter Katz has been delighting listeners with his captivating blend of folk, jazz and rock music. His ethereal vocal work, profoundly honest lyrics and dynamic guitar style have earned him repeated comparisons to such greats as Jeff Buckley, Martin Sexton and Ron Sexsmith. Performing regularly to sold-out crowds in Ontario and Quebec and ever-increasing numbers across the country...

Recent activity for Peter Katz includes a successful 2-month national solo tour with prairie-rocker Carrie Catherine (which culminated in a 350+ show at Revival in Toronto), invitations to play at such festivals as The Ottawa Folk Fest, Canadian Music Week, Winterfolk, NXNE (for which he scored a 91 % on his Chart Attack report card), as well as a special invitation to perform for 2 weeks at the prestigious Karmina Palace Resort in Manzanillo, Mexico. Katz has also managed to land several strong support spots with such notable artists as Bedouin Soundclash, The Cat Empire, Matthew Barber, Tomi Swick, Valery Gore and Emm Gryner.

In addition to his blossoming music career, Peter Katz has also been receiving considerable attention as a composer, writing music for numerous modern dance choreographers, including Naomi Lebel (OMO Dance Company) & Andrea Spaziani (DanceVein, IDAC). Katz was also recently commissioned to compose an original 30-minute score for renowned international choreographer Meagan O'Shea's new work ?When I See You Again? which premiered at the Harbourfront Centre in Toronto as part of the Indie Unlimited Festival. Ever the artistic-entrepreneur, in the spring of 2003 Katz started his own production company, Shape-of-a-Boy Productions, and produced and toured his play ?Uncle Jack? across Canada (the play was nominated for the Centaur Award in Montreal for Best New Production).

Having joined forces with Paul Gourlie of the Agency Group, Peter is gearing up for another round of busy touring as well as finalizing the recording of his highly-anticipated first full-band, full-length studio release ?More Nights' due out in early 2007.

We Are The Reckoning

The One Minute Mile Man