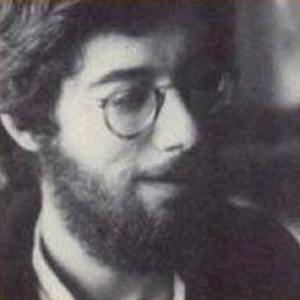 Born and raised in New York City, Peter Gallway cut his musical teeth at a time which fostered the talents of The Lovin&rsquo; Spoonful, James Taylor, Richie Havens and Laura Nyro. Recording just out of high school with his group The Strangers, he eventually made three albums for the Warner/Reprise label, the first of which was with the highly acclaimed The Fifth Avenue Band. His following two solo outings written and recorded in Los Angeles, Ohio Knox and Peter Gallway, led to extensive touring across the United States and Japan.

Recording just out of high school with his group The Strangers, he eventually made three albums for the Warner/Reprise label, the first of which was with the highly acclaimed The Fifth Avenue Band. His following two solo outings written and recorded in Los Angeles, Ohio Knox and Peter Gallway, led to extensive touring across the United States and Japan.

After five years in Southern California Peter re-located to the state of Maine where he based his touring band, honed his recording skills, and continued to write and eventually produce projects for other artists. 1978 and 1979 saw the release of On The Bandstand for the Vividsound label of Tokyo and Tokyo To Kokomo, an Imagination/Rounder release in the United States.

The 1980's brought the increased popularity of his band and tours of Japan. His song Sunday Basketball was featured in the film Hoopla for the Basketball Hall Of Fame and he was voted Best Songwriter at the Maine Music Awards. He further collaborated on three acclaimed works of musical theater through the Maine Festival of the Arts and through the Portland Stage Company by way of The National Endowment for the Arts. His sixth album Proof was released through Fishtraks in 1985. Meanwhile his list of production credits was growing to include multiple projects with Devonsquare, Aztec Two-Step, Cormac McCarthy, Tom Pirozzoli, and more.

In 1988 Peter moved back to New York City and produced Cliff Eberhardt, Christine Lavin, Japan's Bread and Butter and Hawaii's Kalapana. A second Fifth Avenue Band collection Really was recorded in 1990 and released on the Pony Canyon label of Tokyo and greater involvement with US recording companies led to an A&R consultancy with Shanachie Entertainment. Meanwhile he produced and recorded another collection of his own music Small Good Thing, released through the Gadfly label in 1994. Other projects of that period included Jim Infantino Live, Jabbering Trout, Devonsquare, and sessions with the legendary Laura Nyro. Shortly thereafter, he embarked on the critically acclaimed Astor Place Recordings project Time and Love: the Music of Laura Nyro featuring Rosanne Cash, Jane Siberry, Jill Sobule and Patty Larkin.1998 brought the release of his own live anthology A Night In Time followed by 1999's autobiographical Redemption, both on the Gadfly label. These were accompanied by the second conceptual collection for Astor Place, the Grammy nominated Bleecker Street: Greenwich Village in the 60's featuring Chrissie Hynde, Marshall Crenshaw and Suzanne Vega.

The new millennium brought Peter again to Los Angeles where he worked on the Windows In the Village project with Mark Sebastian, film scoring with Erin Kamler, an A&R consultancy with TAXI, and several projects with his colleague Jon Lind at Hollywood Records. It also saw the release of Rhythm & Blues and One Summer Day A Long Time Ago in 2007, and the internationally acclaimed Freedom Is in fall of 2008. He is currently working on a CD project, a book of poetry, and a live concert DVD for distribution in 2009.

Peter Gallway has been called ?a master of free verse? in the Boston Globe and ?a star in the making? in the New York Post. His ever-growing body of work stands as testament to the humanity and passion in his rich, artful approach to making music. He currently resides in Santa Barbara, California

One Summer Day A Long Time Ago