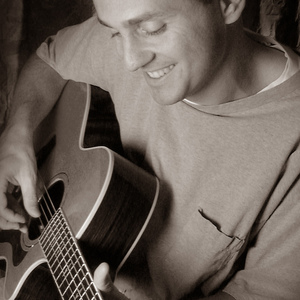 From the artists Press description on his website. Peter Breinholt Biography Songwriter Peter Breinholt has been delighting audiences with his self-styled acoustic music for more than a decade. He has sold out every major concert hall in his home state of Utah many times over, including Kingsbury Hall, The Tuacahn Red Rock Amphitheater, The Sundance Amphitheater, Thanksgiving Point, the de Jong Concert Hall, among others.

Here's how it all began: Born in Pennsylvania, Peter taught himself to play piano and guitar. Around the age of 11 he began writing his own songs. Later, as a college student in Utah, he was persuaded to rent a Salt Lake recording studio and track some of his compositions. Never doing more than two takes during those sessions, the resulting recording is raw and unpolished, which may be one reason the album proved so successful. "It became an underground classic on Utah college campuses" wrote Salt Lake Magazine. The album eventually became one of the best-selling, independently released CDs ever in the state, almost entirely by word of mouth. "If you haven't heard of Peter Breinholt" the Event Magazine wrote of it's success, "you've been out in the frigid cold. He's the closest thing Utah has to a music phenomenon." Since then, his music has spread around the globe, seemingly by itself. He has performed everywhere from New York to Los Angeles, from Spokane to San Antonio. You can find more information at his website at www.peterbreinholt.com.

The Best Of Peter Breinholt

All the Color Green

Songs About the Great Divide