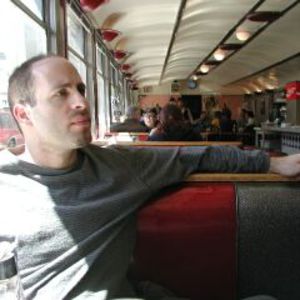 A self-described music listening junkie for most of his adult life, Pete has been writing and recording his unique brand of folk rock since the early nineties, releasing the all acoustic compact disc, Fringe Of Happiness in 1999 while living in Austin, Texas. A self-titled release followed in 2002 while Pete was living in his hometown of Kansas City, Missouri. He relocated to Brooklyn, NY in 2003.

He came to NYC looking to modernize his sound but in the end found himself embracing the Americana style the he had cut his teeth on while living in Austin, TX. While in NYC (Brooklyn) Pete recorded the CD, Long Way, a collection of tunes from his years in Texas and a few songs written in NYC.

Pete has since moved back to Austin with his Wife Eleanor and their two cats.