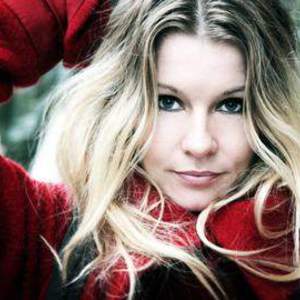 Pernilla Andersson was born in the mid 70's in what you might say was a "music-friendly environment". Both her parents, musicians at the time were touring a lot, her mother as a jazzsinger and her father with his jazzoriented "Beachboys-kind-of band". So, for Pernilla cars, buses and planes was a natural way of living. Born in Stockholm she moved with her family to the south of Sweden when she was 4, and her home was always filled with musicians, artists and painters.

She began playing the piano at 5, making up her own songs by the time she was 8, and she was always encouraged by her parents to go her own way. Pernilla always felt a bit separated from her friends at school due to her upbringing, and by the time she was 13, she started to rebel against her family?s odd jazz-style and cultural ways. She listened to AC/DC, Imperiet,Deep Purple, The Smiths and any other music that wasn't in her family?s liking.

In September 2004, Pernilla's second soloalbum "Cradlehouse" was released. She left EMI in 2002 and got a new deal with Bonnier Amigo, where she got to release the album on her own label, also named Charlie Bullet. The album was released in Sweden, Norway, Denmark, Finland, Taiwan and Spain. She opened for Katie Melua on a tour, and went to Japan to play at the Swedish Worldexibition in Aichi and Tokyo with Swedish stringensemble "Fleshquartet".