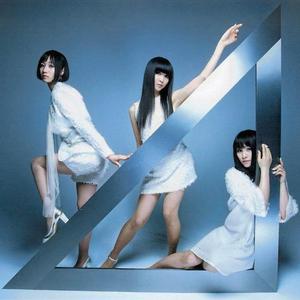 Perfume is a three person j-pop/electro-pop group from Hiroshima who debuted locally in 2001 and nationally in 2005. In 2001, three 11-12 year old girls from an Artist School formed a group together in their hometown of Hiroshima. In 2002, they released two limited edition singles only in Hiroshima, called ?OMAJINAI????? and ???????. All three members moved to Tokyo in 2003 and became produced by ??????.

It wasn't until 2007 that Perfume gained attention, when their single ??????(Polyrhythm)? became the theme song for a nationwide recycling campaign. The day of its release, it hit number #4 on the Oricon charts and #7 for the weekly ranking, making this the first time Perfume reached the top 10. Almost overnight the group became a success, and to date they have sold nearly 60,000 copies of ???????.

After that, they were invited to several shows and radio programs. On December 31st, 2007, Perfume performed in a concert titled ?Countdown 2008?. This was by far the biggest performance in the history of the group. In February 2008, Perfume released their new single ?Baby cruising Love / ????" (Baby Cruising Love / Macaroni), breaking their previous record by achieving #3 on the daily and weekly charts. Since their newfound success, their album ?Perfume ?Complete Best?? began to rechart despite being released two years prior.

Their 2nd album ?-Game-' charted number one on the Oricon chart.

"??????? / ?????????" ("Fushizen na Girl / Natural ni Koishite") is their tenth major single, and the first to be released from their currently un-named fourth studio album. Both songs were produced by Yasutaka Nakata, continuing Perfume's exclusive relationship with him as their producer. The double a-side single will be released on April 14, 2010.

Their third album ? (pronounced Triangle) was released on July 8 2009, and has been so far sold certified platinum for sales of 250,000 copies. This sucess can be attributed to a successful string of 3 singles: 'love the world', 'Dream Fighter' and '??????????' (One Room Disco); as well as a sucessful national tour.
Their song Polyrhythm is showcased in the Pixar movie Cars 2.

Relax In The City - Pick Me Up