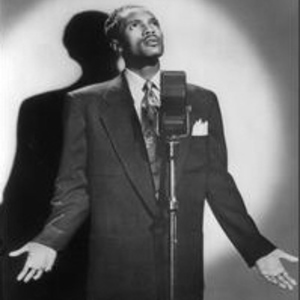 Percy Mayfield (12 August 1920 - 11 August 1984) was an American singer & songwriter famous for the songs "Hit the Road, Jack" and "Please Send Me Someone to Love".He was known as ?Poet Laureate of the Blues?. Mayfield was born in Minden, Louisiana. As a youth, he showed a talent for poetry, so he thought he would try songwriting and singing. He began his performing career in Texas and had moved to Los Angeles by 1942.

Mayfield was born in Minden, Louisiana. As a youth, he showed a talent for poetry, so he thought he would try songwriting and singing. He began his performing career in Texas and had moved to Los Angeles by 1942.

He auditioned his song "Two Years of Torture" to Supreme Records (a Los Angeles-area record label) because he thought it would be a good song for Jimmy Witherspoon. The label liked his performance and asked him to record it in 1947. Although his vocal style was influenced by such stylists as Charles Brown, Mayfield did not focus on the white market as did many West Coast bluesmen. Rather, he sang blues ballads, mostly his own songs, in a gentle vocal style.

In 1950, he signed with Specialty Records and released several well-received R&B records. His most famous performance: "Please Send Me Someone to Love" was a number one R&B hit in 1950. His career continued to blossom with songs like "Strange Things Happening", "Lost Love," "What a Fool I Was," "Prayin' for Your Return," "Cry Baby," and "Big Question." A 1953 auto accident left him seriously injured, including a facial disfigurement that limited his performing.

Mayfield's songs tend to be downbeat and his lyrics tend to be heartbreaking, but his vulnerability and emotional sensitivity prevent songs like "Life Is Suicide" and "The River's Invitation" from being maudlin.

Mayfield continued to write and record for Specialty until 1954 and then recorded for Chess Records and the Imperial label. In the early 1960s, he became one of Ray Charles's favorite songwriters, writing classic songs such as "Hit the Road Jack", "At the Club", and "Danger Zone" (which has the same melody of "Please Send Me Someone to Love". Charles signed Mayfield to his Tangerine logo in 1962.

When Mayfield died of a heart attack in 1984, at the age of 63, he had fallen back into obscurity.

Mayfield hit his creative peak in the years before his music became a mainstream sound. Thus it was always a struggle to gain recognition that he was due. But available examples of his music demonstrate his writing and performing talent and his enormous influence on other performers

Poet Laureate Of The Blues

Poet Of The Blues

The Voice Within (Vinyl)

His Tangerine And Atlantic Sides (Remastered 2004)

My Jug And I (Vinyl)