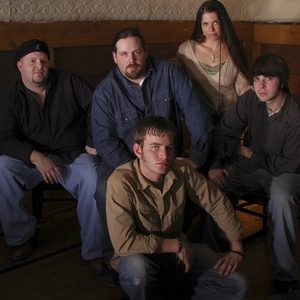 Remember the rippin' guitar and tribal drums sounds of the early 70's, bands like Santana, Little Feat, Allman Brothers and ZZ Top? Peppertown does. This 5 piece band out of southeastern Indiana is putting a new twist on what they consider a lost sound in modern music. Creating their own fine blend of blistering bluesy guitar, earthy drum jams, and solid songwriting, Peppertown is stirring a buzz, nationwide, and abroad. The bands D.I.Y. savvy has taken them from the hills of Indiana into the ears of America.

With the national release of the bands first CD, ?Firefly?, Peppertown has found its way onto radio stations across the country and is winning fans over everywhere they go. ?Firefly? the first single clawed its way up the AAA radio chart to # 37 in March amongst several established major label artists. Not bad for an unsigned independent release. The band secured national distribution through Burnside records in Portland Oregon on their own SOL Records label. The second single ?Change my Ways? will hit radio waves in June as the band continues to build momentum. They have performed from Indiana to Myrtle Beach, SC and all points in between. Opening for the Smithereens and other established acts, Peppertown is growing its fan base exponentially. Touring will continue through summer and into fall, and includes performances at a Cincinnati Reds game, festivals and club dates.