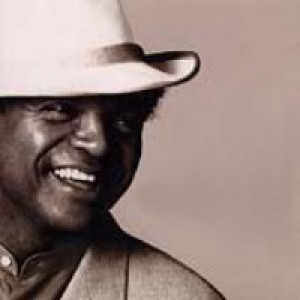 Brazil's best keeper of the gafieira tradition (popular ballrooms historically linked to the Carioca folklore tradition of highly artistic and swinging dancing and playing) and one of the best choro players ever, Paulo Moura is an internationally awarded musician whose high standards make it easy for him to cross boundaries between classical and popular music, both performing and arranging in small ensembles or large symphonic orchestras.

As a conductor, orchestrator, and arranger for famous Brazilian singers, he includes in his resum? works for Elis Regina, Fagner, Taiguara, Milton Nascimento, and Marisa Monte.

Moura was born in a musical family. His father, Pedro Moura, was an amateur bandleader and clarinetist himself, but was a carpenter by profession. Paulo's brothers, Jos? and Alberico, are trumpet players and Valdemar, a trombonist. At nine, Paulo started to study the piano and at 13, was already playing in his father's band at parties and balls. Moving to Rio with his family, at 18 he began his studies at the National College of Music. Completing the seven-year course in only two years, he continued his studies of theory, harmony, and counterpoint with the famous master Paulo Silva. He also studied harmony, counterpoint, and fugue with fundamental Brazilian composer/orchestrator/conductor Guerra Peixe. On the popular side, he took arrangement lessons with internationally acclaimed Brazilian saxophonist/composer/arranger Moacir Santos and with saxophonist/composer/arranger Maestro Cip?. In 1951, Moura joined Osvaldo Borba's orchestra. Later, he also joined Zacarias e Sua Orquestra. His first recording gig, the song "Palha?o" (Nelson Cavaquinho), was as sideman for the extremely popular singer Dalva de Oliveira. At 19, he debuted as a soloist, playing Weber's "Concertino for Clarinet and Orchestra," accompanied by the Orquestra Sinf?nica Nacional. Hired by the Orquestra Ary Barroso, he toured Mexico in 1953. Soon after, he joined the group of great trombonist Maciel. Hired by R?dio Tupi, he played there with the Orquestra Cip?. In 1954, he joined the Conjunto Guio de Morais, which was a regular act at the famous R?gine's nightclub. His first album as soloist (a 78 rpm for Columbia) was recorded in 1956: Paganini's Moto Perpetuo. In 1957, he organized his first gafieira orchestra, performing with it at the gafieira Brasil Dan?as. In that same year, he recorded Paulo Moura e Sua Orquestra Para Bailes (Sinter). In 1958, Moura was hired by R?dio Nacional as an orchestrator and arranger, working there for two years. Also in 1958, he recorded the LP Paulo Moura Interpreta Radam?s Gnatalli (Continental), accompanied by the Radam?s Gnatalli Quartet, and became the musical director for Brazilian all-stars Dolores Dur?n, Nora Ney, Jorge Goulart, Maria Helena Raposo, and the Conjunto Farroupilha. Touring through Soviet Union and other countries, he conducted the Symphonic Orchestra of Moscow. In 1959, he was hired as first clarinetist for the Orquestra do Teatro Nacional, working for 17 years in that position. In 1960, he joined popular conductor Severino Ara?jo's orchestra, touring Argentina, and recorded for Chantecler the LP Tangos e Boleros. In 1962, he recorded with Brazilian viol?o master Baden Powell, performed at the historic jazz/bossa nova nightclubs of Rio's Beco das Garrafas and, as an altoist, he joined S?rgio Mendes' Conjunto Bossa-Rio, performing at the historic Carnegie Hall Bossa Nova Festival. In 1964, Moura accompanied as saxophonist the great drummer Edson Machado's LP for CBS, Edson Machado ? Samba Novo. In 1968, he recorded for Equipe the LP Paulo Moura Hepteto; the next year, Paulo Moura Quarteto; and in 1971, Fibra, also for Equipe. In that year, Moura toured Greece with his quartet. In 1975, he recorded in the U.S. with Brazilian guitarist Tiago de Melo. In the next year, he recorded his classic masterpiece Confus?o Urbana, Suburbana e Rural, which granted him an extremely popular two-month tour throughout Japan with full press coverage. In the '80s, he recorded his classic album Mistura e Manda (Kuarup) and with the Brazilian viol?o master Raphael Rabello, he recorded the album Dois Irm?os, which was bent toward the choro side while also including Raphael's flamenco-influenced guitar style and bossa nova themes. He also recorded several modern erudite albums with Brazilian classical pianist Clara Sverner. In 1981 came another classic LP, ConSert?o, an ecumenic production with internationally awarded classical pianist Artur Moreira Lima, Brazilian jazz guitarist Heraldo do Monte, and folksinger/composer Elomar. Following this, he formed a trio with internationally renowned classical violonista (acoustic guitar player) Tur?bio Santos and Artur Moreira Lima. As a soloist, he performed at New York's Lincoln Center, appeared at the Music Festival of Guadalupe in Mexico, and created the first saxophone orchestra. He also soloed concerts with the Orquestra Sinf?nica Brasileira and Orquestra Sinf?nica do Estado de S?o Paulo. In 1985, his choro trio performed at the Brazil Festival, at Juan-les-Pins (Antibes, France), and his gafieira orchestra opened the France-Brazil Cultural Interchange at the Zenith Theatre, in Paris, France. In 1988, Moura conducted the Orquestra Sinf?nica de Bras?lia, performing his own piece for percussion and orchestra commemorating the centennial of the abolition of slavery in Brazil. Since then, he has been guest conductor at a series of concerts in Porto Alegre, Salvador, and Espirito Santo. In 1992, he wrote the piece "Su?te Carioca" for jazz rhythm section, symphonic orchestra, and children's choir. Also in that year, he was awarded as Best Soloist at Moscow's Mozart Festival. In 1996, he arranged all of the music and performed the clarinet and saxes at the Os Batutas' show Pixinguinha at Teatro Carlos Gomes (Rio). An all-star choro group, Os Batutas takes his name from Pixinguinha's seminal group and is formed by Jorge Simas (viol?o), M?rcio (cavaquinho), Jorginho (pandeiro), Jovi (percussion), Mar?al (percussion), Z? da Velha (trombone), and Joel do Nascimento (bandolim). The show was recorded live and released the next year on the Velas CD Pixinguinha. It won Brazil's Pr?mio Sharp for Best Instrumental CD and Best Instrumental Group in 1997. The CD presents 16 tracks of classic choro music by one of Brazil's most important composers of all time, Alfredo da Rocha Viana J?nior, Pixinguinha. In 1996, he was also awarded with the Pr?mio Sharp as Best Popular Instrumentalist. Other awards received by him include Pr?mio Jos? Sarney, Villa-Lobos, Brahma Extra Prizes, and Honorary Citizenship in Rio de Janeiro.

Four years later, he was awarded a Grammy for Best Brazilian Roots/Regional Album for Pixinguinha at the first Latin Grammy Awards and the sizzling album Tempos Felizes was released in early 2001.