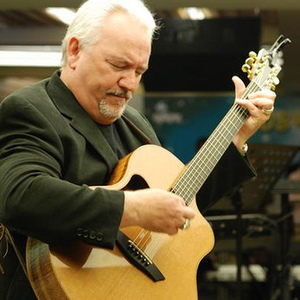 Paul Wilbur is an American singer-songwriter, worship leader, and pastor in the Messianic music genre. He has produced six albums under the Integrity Music label and appears with other artists on albums produced with Israel's Hope. He has also produced three albums in Jerusalem, Israel; and most of his albums in the United States. His life - Extract from Wilbur Ministries The world's opera stages and synagogues were the ambition of a determined young man named Paul Wilbur.

His life - Extract from Wilbur Ministries

The world's opera stages and synagogues were the ambition of a determined young man named Paul Wilbur. A passion for the arts and music took him from under graduate school in Cleveland, Ohio across the Atlantic to study in Milan, Italy. There he was instructed in vocal technique, Italian, and opera by some of La Scala's most skilled mentors.

?By the time I had returned from Italy the direction of my life had been pretty well set in stone,? Paul says. ?The life of Richard Tucker had become a pattern to success that I wished to emulate. Here was a Jewish man, who was one of the world's most revered operatic tenors, and who also honored his religious tradition by singing under the domed roofs of the world's synagogues.?

?I was pursuing a Master's Degree in vocal music performance at Indiana University, and the things that normally attract a young man were also attractive to me: music, my friends, and girls! As I pursued relationships, inevitably two things happened: I would ask a girl out for a date, and they invited me to church.? The writing was on the wall.

?It was like I wore a t-shirt that said, ?Please?somebody take me to church.'? Well, it was during one of those ?church dates? that Paul encountered Jerry Williams, a young man from West Texas whose testimony and friendship would soon change his life forever.

?I was completely taken by Jerry's love and passion for God, although I had never met him. From the very first time I saw him ?perform' I understood that he was not singing about God, rather he was singing to Him."

This experience, along with powerful teaching from the Scriptures, continued to draw Paul back for services week by week. He joined a Bible Study in his graduate dorm and became hungry for anything that could teach him about the God of the Bible.

One Sunday the church announced that anyone who would like a free meal would be paired with a church family. Paul signed up, but then had second thoughts.

?I was picturing this grandma and grandpa, and my payment for eating their dinner was going to be hours of conversation sitting in a room with quilts over our laps looking at pictures of their grandchildren,? he recalls. But try as he might, Paul could not get out of the commitment. When he arrived at the apartment for dinner, he was completely overcome to see the young man whose music had touched him so deeply several months earlier. It was just a few weeks later on a fishing trip to Tennessee that Jerry introduced Paul to his Messiah; March 26, 1977.

Together with their friend Ed Kerr, Paul and Jerry formed the popular contemporary Christian group "Harvest". They traveled and ministered together, and recorded several albums with the Benson Record Company.

?What an incredible time this was in my life,? Paul says. ?But the call to bring the Gospel back to the Jewish community grew stronger and stronger in my heart." After nearly five years with "Harvest", Paul yielded to this call and moved his small family to the Washington DC area and a fledgling Messianic congregation, called Beth Messiah.

?For two years I worked odd jobs and found part-time work to pay the bills until the Lord brought together three Jewish men and called them Israel's Hope. We traveled and ministered together for more than eight years recording several albums on the Maranatha! record label.?

Today Paul's ministry is as worldwide as his music. ?God's grace is truly amazing, as we have ministered in more than sixty nations, recorded in four languages, and have witnessed thousands set free by the power of God's love.?

One of the aspects of this ministry that may not be apparent at first glance is Paul's commitment to the marriage of music, ministry, and acts of mercy. ?As we travel to the nations we seek to bring a larger expression of the Kingdom of God in a practical way. Dr. Paul Williams staffs free medical clinics to minister to the needs of the poor; Paul Cuny brings MarketPlace Ministry to the business community; Messiah Company brings the beauty of movement to worship, while Paul stirs the hearts to worship and evangelism."

Paul sees his calling to the Church and the Jewish community, and to build bridges of reconciliation between them. His latest recording for Integrity, The Watchman, is a stirring call to the Body of Messiah worldwide to take up their place on the walls of their lives, congregations, cities, and nations?to be faithful, prayerful, and watchful during what he calls ?this most prophetic hour.?

"The Watchman" was recorded at Cornerstone Church in San Antonio with Pastor John Hagee. It has since been re-recorded in Spanish with live audiences in Costa Rica and Guatemala and is called "El Shaddai".

A Night Of Extravagant Worship

Pray For The Peace Of Jerusalem