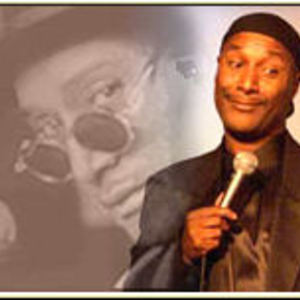 Background Paul Mooney was born in Louisiana, and later grew up in Oakland, California. Mooney became a ringmaster with the Charles Gody Circus. During his stint as ringmaster, he always found himself writing comedy and telling jokes, which would later help Mooney land his first professional work as a writer for Richard Pryor. Career Early years Paul Mooney wrote many of Richard Pryor's routines for his appearance on Saturday Night Live...

Paul Mooney was born in Louisiana, and later grew up in Oakland, California. Mooney became a ringmaster with the Charles Gody Circus. During his stint as ringmaster, he always found himself writing comedy and telling jokes, which would later help Mooney land his first professional work as a writer for Richard Pryor.

Paul Mooney wrote many of Richard Pryor's routines for his appearance on Saturday Night Live, co-wrote his material for the Live on the Sunset Strip, Bicentennial Nigger, and Is It Something I Said albums, and Pryor's film Jo Jo Dancer, Your Life Is Calling. As the head writer for The Richard Pryor Show, he gave many young stand-up comics, such as Robin Williams, Sandra Bernhard, Marsha Warfield, John Witherspoon, and Tim Reid, their first break into show business.

He was the head writer for the first year of Fox's In Living Color, creating the character Homey D. Clown, played by Damon Wayans. Mooney later went on to play Wayans' father in the Spike Lee film Bamboozled as the comedian Junebug.
Negrodamus
Negrodamus

Paul Mooney initially appeared in the sketches Ask a Black Dude and Mooney on Movies on Comedy Central's Chappelle's Show, which he later replaced with Negrodamus, the African American version of Nostradamus. As Negrodamus, Mooney ad-libbed the "answers to life's most unsolvable mysteries" such as "Why do white people love Wayne Brady?" (Answer: "Because Wayne Brady makes Bryant Gumbel look like Malcolm X.") Mooney was planning to reprise his role as Negrodamus in the third season of the Chappelle's Show, before its abrupt hiatus.

In 2006, Paul Mooney hosted the BET tribute to Black History Month titled 25 Most @#%! Moments in Black History. In this show, he narrated some of the most shameful incidents involving African Americans since 1980. The top 25 moments included incidents involving Marion Barry, Terrell Owens, Wilson Goode, Michael Jackson, Flavor Flav, Whitney Houston, and Tupac Shakur amongst others.

On November 26, 2006, Mooney appeared on CNN and talked about how he would stop using "the n-word", due to Michael Richards' outbursts on stage at The Laugh Factory. He referred to Richards as having become "his Dr. Phil" and "cured" him of the use of the epithet. Mooney also said, "We're gonna stop using the n-word. I'm gonna stop using it. I'm not gonna use it again and I'm not gonna use the B word. And we're gonna put an end to the n-word. Just say no to the n-word. We want all human beings throughout the world to stop using the n-word." On November 30, he elaborated upon these remarks as a guest of Farai Chideya on the National Public Radio program News & Notes. He declared that he would convene a conference on this controversial subject in the near future, as well as perform his first "n-free" comedy show in the upcoming days.

That show, which he performed at the Lincoln Theater following a set by Dick Gregory, took place at 8:00 PM on Saturday, December 2, 2006. (There was a late show at 11:00 PM.) Mooney almost made it through his entire set--about an hour of jokes--before he mistakenly used the word in a routine on O.J. Simpson. He ran off stage covering his face in his hands, and sheepishly walked back on a few moments later, saying, "I'm really going to get it now. This is probably already on the internet."

On the BET special 25 Events that Mis-Shaped Black America Mooney reiterated that he was no longer using the N-word. He was quoted as saying "I am no longer going to use the N-word. Instead of saying 'What's up my n*gga' say 'What's up my Michael Richards'!"

Much of Mooney's material is based on race relations in the U.S. His straightfoward approach to such material has caused many offended audience members to walk out on his performances. Such incidents can be heard on Mooney's comedy albums Race and Master Piece and seen in his DVD Know Your History: Jesus Is Black and So Was Cleopatra.

In September 2005, Mooney performed a segment at the 2005 BET Comedy Awards called the "Nigga Wake Up Award", in which he jokingly presents an award to African American celebrities who have had well-publicized legal troubles. The "nominees" included Michael Jackson, Oprah Winfrey, Lil' Kim and Diana Ross. Mooney awarded Ross and made numerous jokes about Ross's 2002 arrest for DUI. According to people who were in attendance, Mooney also made light of the death of Ross' ex-husband Arne N?ss Jr., who fell 160 feet while mountain climbing in 2004.[1][2] Tracee Ellis Ross, Ross' daughter and N?ss step-daughter, was also in attendance. She reportedly was so offended and embarrassed that she left the room and was comforted by host Steve Harvey. Backstage in the press room, Mooney was asked if he felt his performance was "over the top". Mooney replied:
? How can somebody get arrested for [DUI] and go to jail and I be over the top? I think that's over the top, don't you?...When you are a celebrity and you do crazy stuff, that's the game. ?

When Mooney was informed that Tracee Ellis Ross was in the audience, he stated:
? I didn't know ... her mama could've been in there, that's not the point. I didn't drive drunk. Now I'm responsible for Diana Ross? If you scrutinize Jay Leno and David Letterman the same way you scrutinize me, then I'll agree with you, but if you don't touch them white folks don't touch me. They say what ever they want to say every night.[3] ?

The majority of Mooney's performance was edited out the televised broadcast.

[edit] Showtime at the Apollo

During a recent performance at the Apollo Theater in which Mooney was taping a segment for Showtime at the Apollo, his performance was stopped in the middle of his act allegedly due to his criticisms of President George W. Bush. Mooney appeared on The Howard Stern Show on October 30, 2006 where he talked about the performance including bringing in his road manager as a witness. During the act he made several jokes about Bush including one likening him to the devil and one stating that his mother looked like the "guy on the Quaker Oats box",[4] and was immediately pulled from the stage. A 45 minute debate ensued in his dressing room in which they decided to cancel the rest of his act. Mooney was told that he had "offended unnamed officials from Time Warner",[5] which operates Showtime at the Apollo. A Time Warner spokeswoman called the story "ridiculous...It's absolutely untrue" that the company had anything to do with the incident.

Jesus Is Black And So Was Cleo