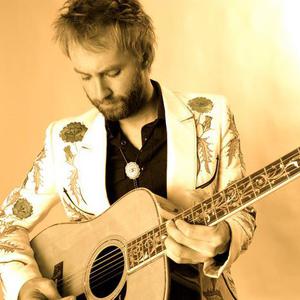 Paul McDonald (born William Paul McDonald on August 29, 1984 in Auburn, Alabama, US) is an American singer-songwriter who currently resides in Nashville, Tennessee. McDonald is a Top 13 finalist and 8th place finisher on the tenth season of American Idol. Since 2005, he has been the lead singer of the band Hightide Blues, renamed The Grand Magnolias in 2010. McDonald was born in Auburn, Alabama to Dave and Susan McDonald and has a sister, Beth.

McDonald was born in Auburn, Alabama to Dave and Susan McDonald and has a sister, Beth. In 2002, McDonald graduated from Huntsville High School and attended college at Auburn University to pursue a degree in Biomedical Sciences to become a pediatric dentist. While at Auburn University he became a member of the International Fraternity of Phi Gamma Delta.

On January 27, 2011, McDonald received a golden ticket to compete in Hollywood from judges Steven Tyler, Jennifer Lopez and Randy Jackson, and made it into the Top 24 by singing an original song, "American Dreams." He was one of ten candidates chosen as a finalist based on public voting. McDonald was eliminated in 8th place on April 14th, 2011.

Since joining American Idol, McDonald has made use of the social networking site Twitter to communicate with his fans and promote his band The Grand Magnolias. Due to McDonald's prolific use of Twitter and other social media he propelled his band's debut album ?The Grand Magnolias? to #3 on the iTunes Rock Albums chart, and #43 on the overall iTunes Albums chart. The album also debuted on the Billboard Heatseekers chart before McDonald even sang in the show's semi-final round. He was also the first 2011 Idol hopeful to reach 5000 followers on his newly created official American Idol Twitter account. McDonald continues to be one of the most popular American Idol, Season 10 competitors on the social networking site.

I Wish My Girl Was This Dirty