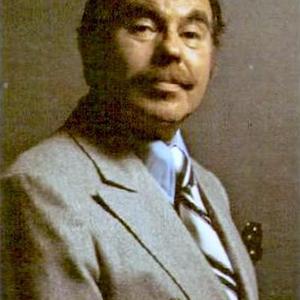 Born Solomon Hersh Frees in Chicago, he began his acting career in 1942, and remained active for over forty years. During this time, he was involved in more than 250 films, cartoons, and TV appearances; like many voice actors, his appearances were often uncredited. Frees' early radio career was cut short when he was drafted into World War II where he was at Normandy on D-Day. He was wounded in action and was returned to the United States for a year of recuperation.

He attended the Chouinard Art Institute under the G.I. Bill. His first wife's failing health forced him to drop out and return to radio work. He appeared frequently on such Hollywood radio series, including Escape, playing lead roles and alternating with William Conrad as the opening voice, Suspense as the opening announcer in the late 1940s, and parts on Gunsmoke and Crime Classics. One of his few starring roles in this medium was as Jethro Dumont in the 1949 series The Green Lama, as well as a syndicated anthology series The Player, in which Frees narrated and played all of the parts.
Frees was often called upon in the 1950s and 1960s to "re-loop" the dialogue of other actors, often to correct for foreign accents, lack of English proficiency, or poor line readings by non-professionals. These dubs extended from a few lines to entire roles. This can be noticed rather clearly in the film Midway where Frees reads for Toshiro Mifune's performance as Admiral Yamamoto. Frees also dubbed the entire role of Eddie in the Disney film The Ugly Dachshund, replacing actor Dick Wessel, who had died of a sudden heart attack after completion of principal photography.
Unlike many voice actors who did most of their work for one studio, Frees spent much of his career working with at least nine of the major animation production companies of the 20th century: Walt Disney Studios, Walter Lantz Studios, UPA, Hanna-Barbera, Filmation, MGM Studios, DePatie-Freleng Enterprises, Jay Ward Productions and Rankin/Bass. For example, he voiced John Lennon and George Harrison in The Beatles' Saturday morning cartoon.
Frees was active until his sudden death at 66 from heart failure on November 2, 1986. He was living in Tiburon, California at the time. His ashes were scattered at sea.
There had been homages to him done by voice actor Corey Burton who happened to have matched the voices he used for some characters

Paul Frees And The Poster People