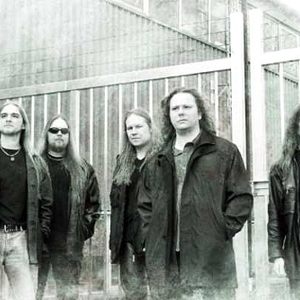 1.Pathos is a Screamo / emo band from Singapore and they sure have stories to tell.

2. Pathos is a band located in Gothenburg, Sweden who knows how to mix their influences. Every kind of metal you could think of you will find in their music. No matter if its Thrash, Doom, Power, Progressive or Death or traditional Heavy Metal, in Pathos you'll find it. The name of Pathos came from an instrumental tune written by Lennart Specht in the early nineties. The song & the band was originally called Depict Pathos. The band wanted a name that could describe emotions in one way or another. This name seamed to fit the varying type of music that the band started to play in May 1995.
In the autumn 1995 Pathos recorded a five-track demo tape in a small studio in their home- town Trollh?ttan in Sweden. About the same time Stefan Carlsson, at that point singing with Neocori & Memento Mori, joined the band. In 96 the band came in touch with Liphone Metal when they were about to record their second demo tape. The songs made a big impression on B?rje Lindqvist manager at Liphone Metal, who wanted to put the song Hoverface on a compilation album. Later the same year Pathos signed with Liphone Metal. The album "Hoverface" was recorded at Lirec studios in Uddevalla Sweden 1997. Later the same year Black Mark Productions signed the band and made a new front cover for the album and then they re-released it. The 23:d of March 1998 Pathos started the work with their second studio album that they called "Uni versus Universe" and by the time that the album was recorded Pathos decided to split with Black Mark. In September 1998 Pathos released the album through Liphone Metal in Sweden exclusively. In December 1999 Pathos played their last gigs with singer Stefan Carlsson who left the band (for personal reasons) early 2000 and Pathos spent 6 months searching for a new singer. When summer came Paul Sch?ning joined the band and Pathos started the work with a seven track "demo" that was recorded a weekend in August in Gothenburg. In 2001 Pathos signed a deal with RoastingHouse Productions in Malm? Sweden. In February 2002 Pathos together with producer Anders "Theo" Theander (Majestic, Pain of Salvation, Last Tribe, Midnight Sun etc), recorded and produced the album "Katharsis", and made it the bands greatest achievement so far. Great sound, good songs and an astonishing cover designed by Niklas Sundin The members from Pathos can also be found in various other project bands. Daniel Antonsson plays in a melodic death-metal band called Dimension Zero with members from In Flames amongst others, and in a Cosmic Doom Boogie band called Elecxsir, Thomas Antonsson & Esko Salow plays together in a Power/Speed-metal act called Nostradameus and a Swedish folk music band called Fejd, Lennart Specht plays in Fejd together with Esko and Thomas, Paul Sch?ning has a project called Power Plant, and some singer/songwriter projects.

2. Pathos from Tucson was led by James Martin of Malignus Youth. They recorded three albums, released two of them, and broke up.

4. Pathos from Spokane released a couple demos and full-length "Perdition Splits the Skies" on Intolerant Messiah. They played a mix of virtuosic technical black metal and unrelenting deathgrind. For fans of Mitochondrion, Deathspell Omega, etc. "Pathos was an extreme underground metal outfit based in the Northwestern US. We play over the top technical music that incorporates elements of death metal, black metal, grind, speed metal, classical, and flamenco as well as various other styles. Dealing primarily with dystopic and misanthropic themes pertaining to life in this modern world of shit. Ultra-technical, blackened death-grind!"